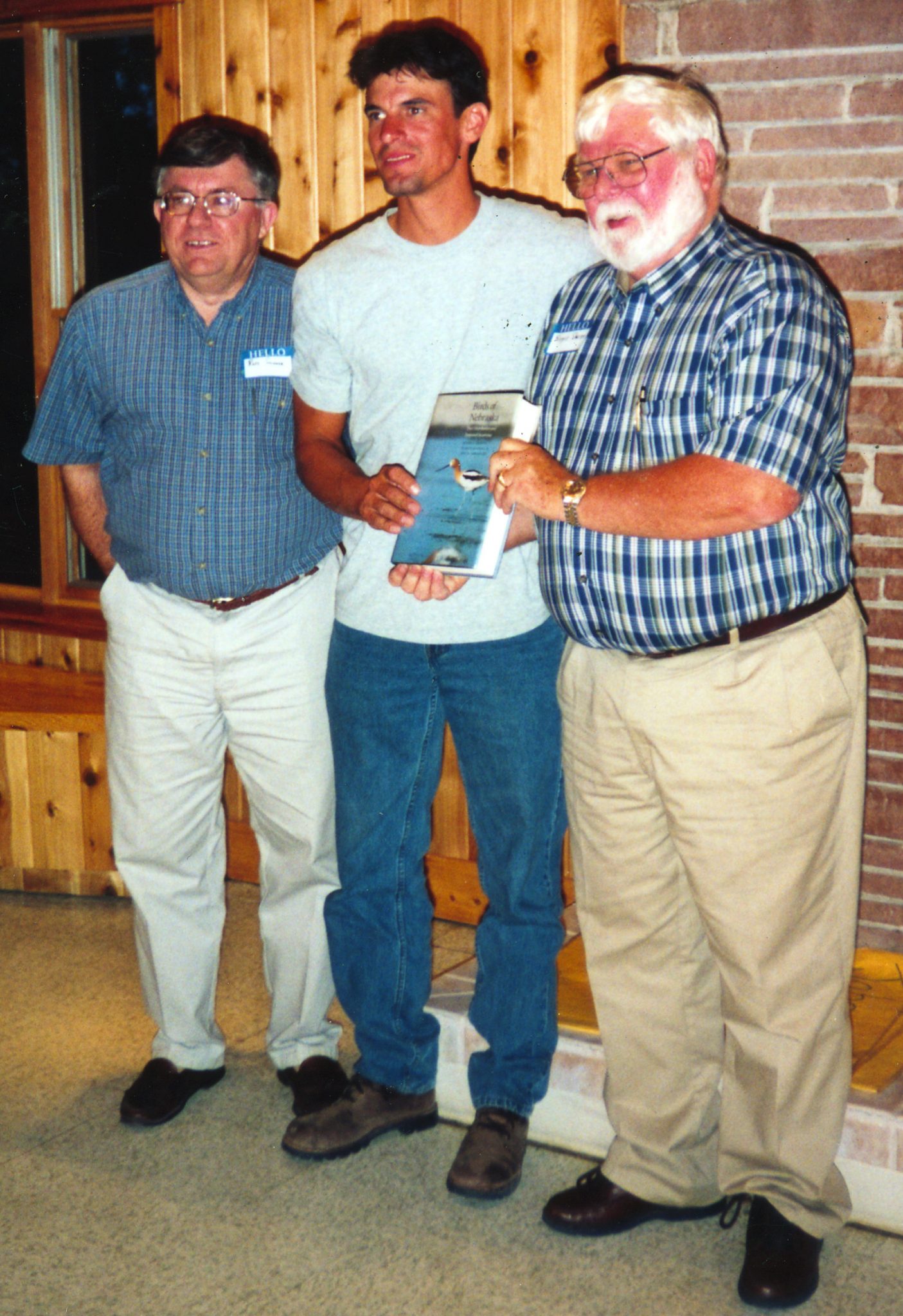 Silcock (left), Jorgensen and Sharpe at the Nebraska Ornithologists’ Union Meeting at Halsey, 29 Sep 2001, shortly after the original Birds of Nebraska: Their Distribution and Temporal Occurrence was published by the University of Nebraska Press.

Finally, we wish to thank all the like-minded individuals that share a common interest in Nebraska’s birds and who have reported observations and shared their insights, either formally through written discourse or informally in casual conversation.  Collectively, these individual observations and perspectives have contributed to this project and are important in summarizing the status and distribution of Nebraska’s birds.