Summer: This species breeds regularly in the western Sandhills east to Cherry Co in the north (Ducey 1988) and westward at least to Scotts Bluff and Dawes Cos; there were 45 nests at Crescent Lake NWR, Garden Co 9 Jun 2007. In Scotts Bluff Co breeding occurs regularly at Kiowa WMA; at least three pairs produced young in 2003 and seven broods were noted in 2004. At Mansfield Marsh, Dawes Co, 12 adults with at least two chicks were present 13 Jun 1998.

There are several nesting reports in areas adjacent to this core range. A nest at Lake McConaughy, Keith Co 19 Jun 2017, when 42 adults were present, was the first known nesting record there. Two or three pairs were nesting at a cattle feedlot pond near Darr, Dawson Co 2 and 5 Jul 2009. The easternmost nesting in the north occurs on artificial islands at the west end of Lewis and Clark Lake, Knox Co, that were constructed to provide nesting habitat for Piping Plovers and Least Terns. Nesting was first noted there in 2007 (one nest) and subsequently in 2012 (two nests), 2013 (four nests) and 2014 (one nest) (K. Hunt, personal communication). A nest with four eggs was photographed at Twin Lakes WMA, Rock Co 22 Jun 2016.

There are a few nesting records from the Rainwater Basin but breeding success has been elusive. Two nests and young were reported in Phelps Co in 1974 (Bennett 1975) and nesting was “confirmed” at Clay Co sites during 1984-89 (Mollhoff 2001, Jorgensen 2012) and 2006-2011 (Mollhoff 2016, Jorgensen 2012). Two pairs at Harvard WPA, Clay Co 30 May 2005 had one nest but no eggs; three pairs were nesting there 3 Jun 2008. Two nests, each with four eggs, were at Hultine WPA, Clay Co 31 May 2008, but these were apparently unsuccessful (Jorgensen 2012). Copulation was observed at Trumbull Basin, Clay Co 3 May 2010. In 2019, an exceptionally wet summer, there were three breeding attempts, but all failed (Jorgensen and Brenner 2019). Two nests photographed at Sora WMA, Fillmore Co 18 May 2019 were the first for Fillmore Co, but, unfortunately, heavy rains flooded the nests about a week afterwards. Another nest was photographed on private property approximately a mile north of Mallard Haven WPA, also in Fillmore Co, on 13 Jun 2019 but was unsuccessful. Two nests with eggs on private property approximately a mile south of Harvard WPA, Clay Co on 19 Jun 2019 may have been unsuccessful also; the wetland had dried up by 24 Jul with no avocets present.

Elsewhere, in the east and south, summer (Jun-Jul) reports are few, most along the Platte River and nearby counties and the Rainwater Basin.

Migrants away from breeding areas are evident in early and mid Jul: singles were at Harlan Co Reservoir, Harlan Co and near Orleans, Harlan Co, both on 6 Jul 2000, nine were at Scottsbluff SL, Scotts Bluff Co 7 Jul 2016, and one was in Sarpy Co 13 Jul 2014. Peak numbers occur in mid-Sep. 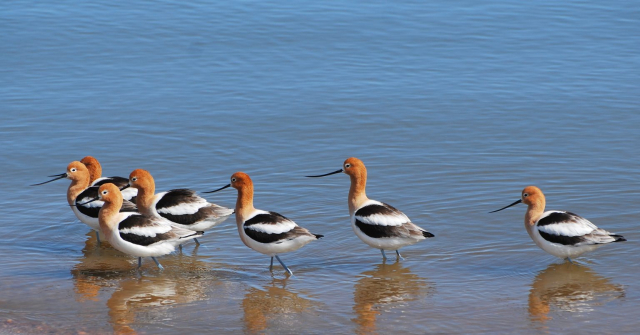 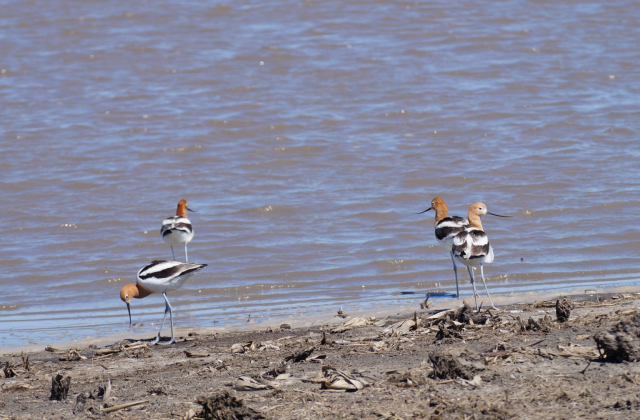 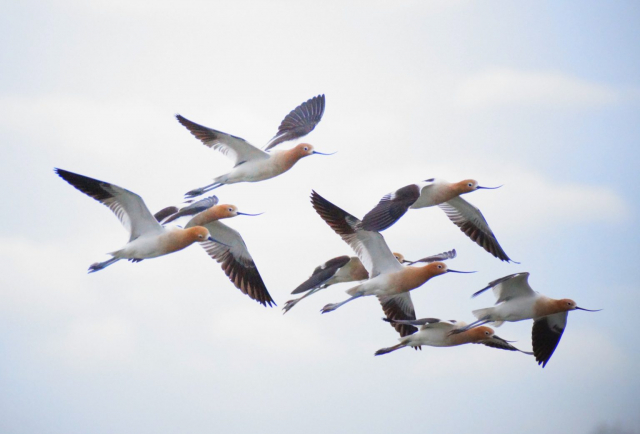 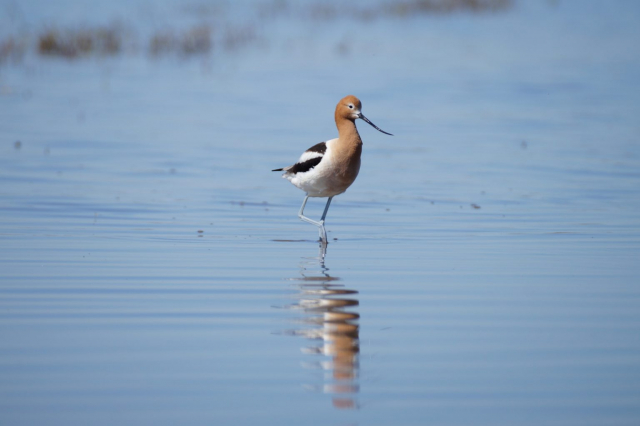