Most migrants pass through in Apr and early May. Late dates above are from areas where breeding is not expected; dates from late May in suitable habitat may be of breeding birds.

Summer: Although American Bitterns may be found nesting in any appropriate habitat throughout the state, Ducey (1988) showed nesting reports since 1960 only in Sheridan, Garden and Cherry Cos, where the core breeding population occurs due to the large permanent marshes there. Breeding reports elsewhere in the state are few, possibly because of the dynamic and unpredictable conditions and limited extent of permanent marshes; Jorgensen et al (2022) found that increasing water depth favored the presence of American Bittern in both Sandhills and Rainwater Basin marshes. A playback study by Jorgensen et al (2022) achieved more total detections of American Bittern overall in the Sandhills and Rainwater Basin than the other “secretive marsh birds” surveyed.

Elsewhere, there are numerous reports in the period late May-early Aug without evidence of breeding.

Early dates above are from areas where breeding was not expected.

This species fairly cold-tolerant; an American Bittern was caught in a mink trap along a spring-fed section of Beaver Creek in Boone Co on one occasion in Jan (Wayne Mollhoff, pers. comm., Cortelyou 1977). A report Jan 1962 Boone Co was not accepted by NOURC (Brogie 2003). 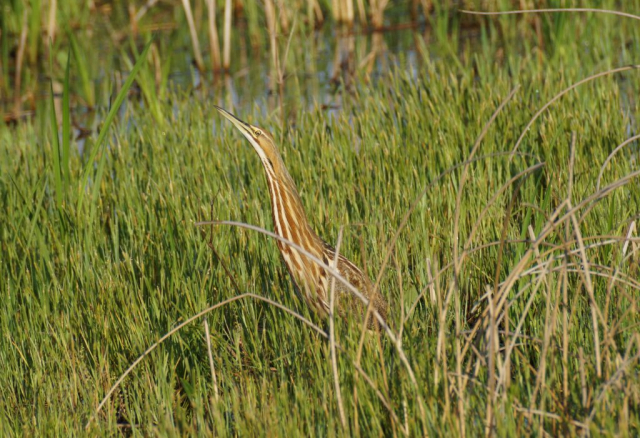 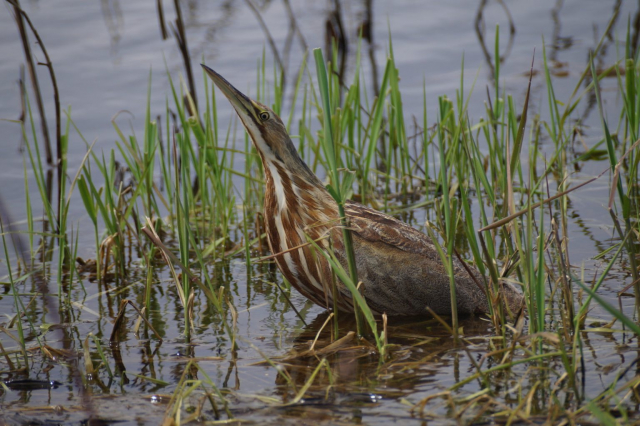 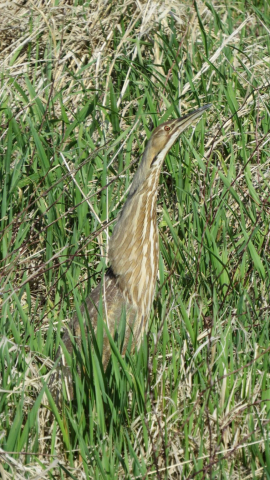