Taxonomy: Two subspecies are recognized, columbiana of Colombia and Ecuador, and americana of North America south to Costa Rica and the Caribbean (Gill and Donsker 2017).

In 1983 and again in 1998 AOU (now AOS) recognized the white-shielded Fulica coots of the Caribbean as a separate species F. caribaea. However Roberson and Baptista (1988) found that about 1.4% of coots in California had large white shields and concluded this was due to variation of this feature in North American coots and that there was no evidence that coots from the Caribbean area had ever occurred in North America. In his 2015 proposal to AOU (2016-A.pdf (gizard.org)), Chesser noted that a recent study (McNair and Cramer-Burke 2006) showed non-assortative mating between the two forms, which occur together in the Caribbean and North America, and proposed caribaea be merged with americana. The proposal was accepted in 2016 (Chesser et al 2016). It has been thought that the extent of the white shield is variable and possibly hormonally-controlled (Steven Mlodinow, pers. comm.; Reed and Vleck 2001).

Early dates above are away from wintering areas. Migrants begin to arrive in late Feb, reaching peak numbers in mid-Apr. By late May, remaining birds are mostly local breeders. An unusually early group of 350 migrants appeared at Carter Lake, Omaha 6 Feb 2012; this lake had had open water all winter.

Summer: American Coots breed statewide with the exception of areas where habitat is lacking such as eastern Nebraska and the southern Panhandle, although 2-3 were at Oliver Reservoir, Kimball Co 28 Jun and 11 Jul 2021.

The highest breeding densities occur on Sandhills lakes. The Rainwater Basin supports sizeable numbers in wet years (Jorgensen 2012), but water levels are variable there and during dry years it may be absent. Water conditions allowed for “what could be a banner coot production year” in the eastern Rainwater Basin in 2007; some 48 nest mounds were found at four sites 26 May, including 27 at Tamora WMA, Seward Co. Numerous coot nests were found in the Rainwater Basin in 2015 also (Jorgensen 2016), and 2019 was an exceptionally wet year, “by far the most prolific nesting season for the species observed by the senior author in 25 years” (Jorgensen and Brenner 2019).

Migrants begin to appear in late Aug, and flocks become noticeable from then on. This species undergoes a post-breeding molt mostly in Aug, often migrating to larger lakes (Alisauskas and Arnold 1994); such aggregations are thus earlier than those of true migrants. Large flocks of the latter occur at any time Sep-Oct, but numbers decline with the onset of colder weather and freezing conditions in Dec and Jan. An unusually high Dec count was the 6007 on the Lake McConaughy CBC 31 Dec 2011.

Winter: Numbers in late fall and early winter are dictated by weather and ice conditions. Overwintering requires open water throughout the winter; most reports in recent years are from the North Platte River Valley and Missouri River counties, although lesser numbers winter at Gavin’s Point Dam, Cedar and Knox Cos, and Harlan County Reservoir, Harlan Co. Statewide, numbers are lowest mid Jan to early Feb. 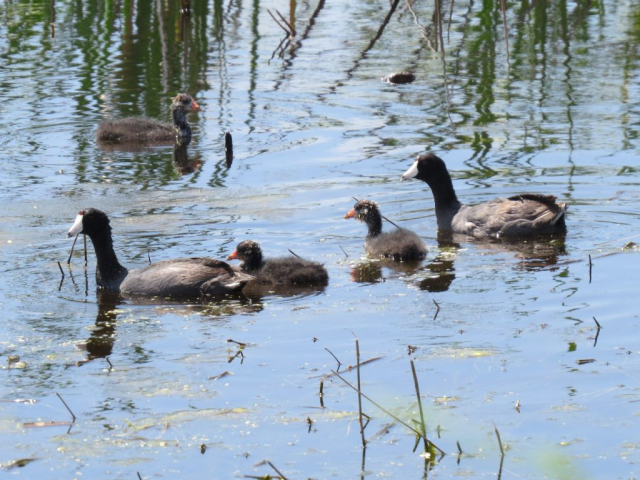 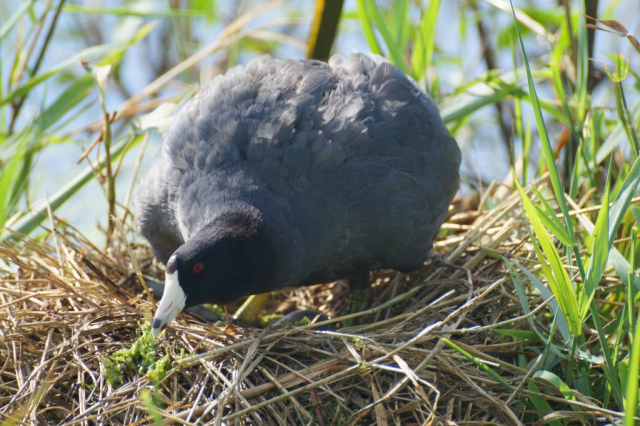 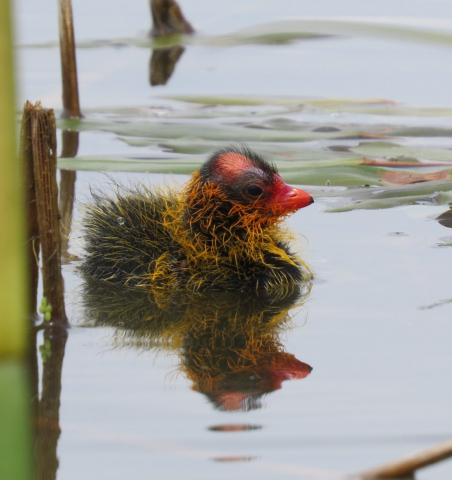 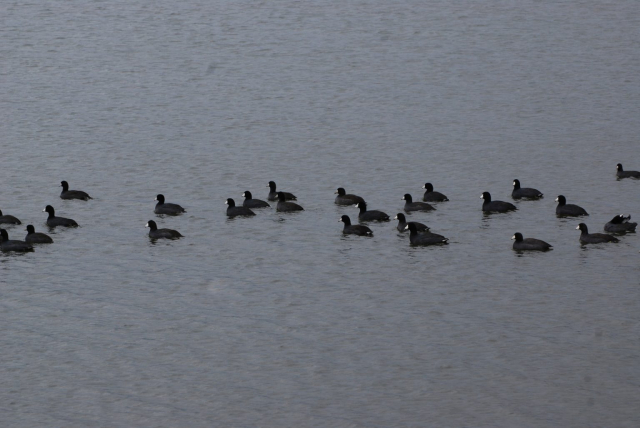