Bruner et al (1904) stated that ochracea winters statewide, with intergrades in the east, where a few pure arborea are found.

Late dates above correspond to accepted dates for Kansas (Thompson et al 2011) and South Dakota (Tallman et al 2002). The latest Nebraska dates for specimens held at UNSM are 13 and 14 Apr. One in a Dixon Co yard 28 Apr 2013 was much later than the previous last date there, 9 Apr (Jan Johnson, personal communication).

Johnsgard (1980) noted that half the reports are in the period 27 Mar-22 Apr, indicating peak movement.

There are numerous undocumented reports for May-Sep which are almost certainly incorrect; Chipping Sparrow probably accounts for most if not all such reports.

There are no documented dates for Sep. Any Sep date should be documented by photo and written notes.

Johnsgard (1980) stated that half the fall reports are in the period 12 Oct-2 Nov; these dates probably approximate peak movement.

Winter: This species is one of the more familiar Nebraska winter birds; it is numerous statewide.

A winter site fidelity study by Labedz (1990) showed some 21% recaptured during the winter of banding, 11% the following winter, and 3% in the third winter. 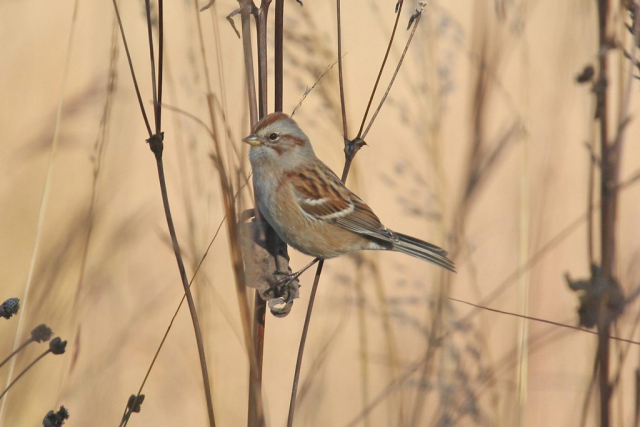 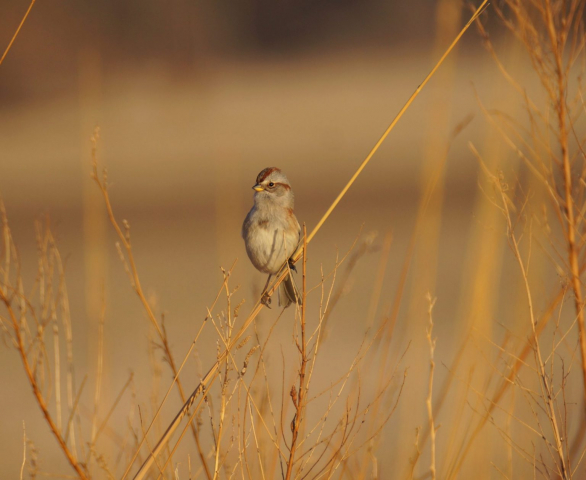 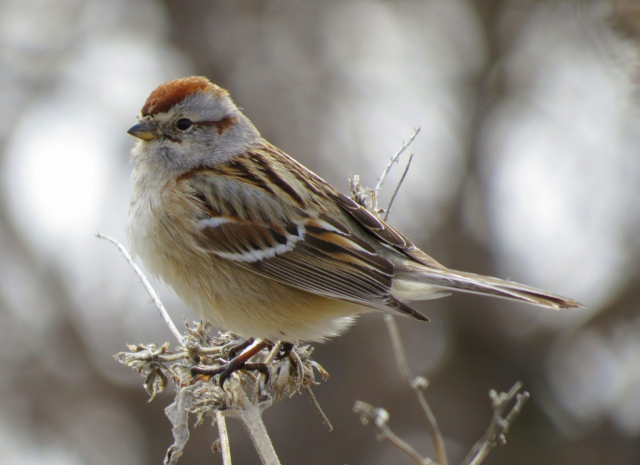 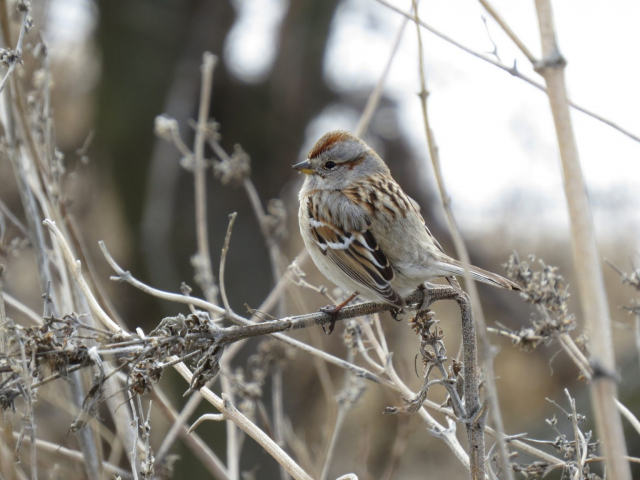