Woodcocks arrive and begin displaying by early to mid-Mar; central Nebraska records cited here may be of potential breeders.

Summer: Historically, woodcocks were restricted to the Missouri River and lower Elkhorn River Valleys (Bruner et al 1904; Lingle 1981), but during the 20th century the species has expanded its range westward as habitat has become suitable, primarily along the Platte River Valley. Woodcocks have been found displaying just south of Kearney since about 1994 (Silcock and Rosche 1994), although evidence of nesting is lacking. As of 2003, westernmost birds are reported from Elm Creek, Buffalo Co, although one was seen near Sarben in southeast Keith Co 18 Jun 2002, and another was heard near Paxton, Keith Co 31 Mar 2009, the westernmost to date in the Platte River Valley. It was reported from Howard-Hall Cos 27 Jun 1988 and 27 Jun 1987 and from Crane Meadows Visitors Center, Hall Co 5 May 2005.

In the Elkhorn River drainage, one was seen near Page, Holt Co in early May 2003, several birds were at Grove Lake WMA, Antelope Co 31 Mar 2004, and singles were in northern Antelope Co 3 and 13 Apr 2005 and 8 and 20 Apr 2010. Further south, one was displaying at Willow Creek Reservoir, Pierce Co 14 Jun 2005, at least one was seen during the breeding season at Yellowbanks WMA, Madison Co, and one was flushed at Dead Timber WMA, Dodge Co 27 Jul 2012.

In the Loup Drainage, one was near the base of the dam at Calamus Reservoir in Garfield Co Jun 2000, but there were no further records until 2018, when three displaying birds were in Loup Co at Gracie Creek 5 Apr, and in 2019, singles were Nunda Shoal 5 Apr and Hannaman Bayou 19 Apr, and 2-4 were at Gracie Creek 24-27 Mar. Four were displaying near the southwest edge of the reservoir in Garfield Co 20 Apr 2019. In 2020, breeding was confirmed when an adult and two fledglings were found below the Calamus Reservoir dam in Loup Co 6 May (Taylor Dixon, pers. comm.); there were reports of up to five at Gracie Creek 24-28 Mar. In 2021, reports cotinued at Gracie Creek with peenting heard 31 Mar and 5 Apr.

It has been reported during the breeding season near Dannebrog, Howard Co.

The species is difficult to detect, the likely reason for the relatively few reports. The true extent of the breeding range is not well known and may extend further west in the Platte, Niobrara, Loup, and Elkhorn River valleys.

The few reports are scattered throughout the period. A presumed migrant by location was in a Lincoln, Lancaster Co yard 24 Jul 2005. There is a later report 8 Dec 1994 Otoe Co, which consisted of a woodcock emerging from a Wood Duck nest box near a warm water spring during a spell of sub-zero weather (Bergman and Bergman 1995). An indication of ongoing migration was the downing during a winter storm of several woodcocks into back yards 24-26 Oct 2020 when at least eight such birds were reported; this phenomenon as it occurred in Kansas was discussed in detail by Janzen et al (2021, in press).

Janzen et al (2020, in press) noted that there is a high concentration of breeding records around Lakes Manitoba and Winnipeg in Manitoba, as well as northeast Minnesota and northwest Wisconsin at the western end of Lake Superior. The fall migration of this species suggests that the eastern and western populations tend to follow distinctly separate migration routes (https://ebird.org/science/status-and-trends/amewoo/abundance-map-weekly). 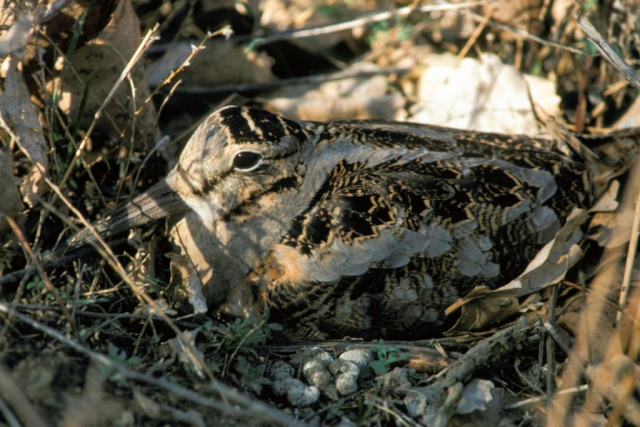 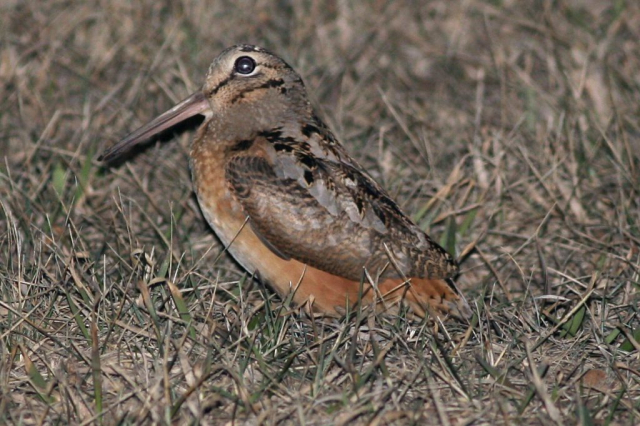 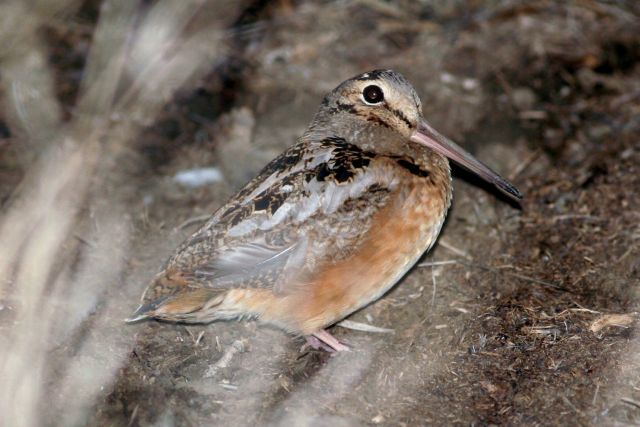 Lingle, G.R. 1981. Status of the American Woodcock in Nebraska with notes on a breeding record. Prairie Naturalist 13:47-51.