Arrival is in mid- to late Mar; Baird’s Sandpiper consistently arrives in numbers earlier than other “peep” species. It is common through Apr, peaking in late Apr, after which numbers decline. Most have departed by late May.

Adults arrive about the second week of Jul, peaking in numbers in late Jul, and juveniles follow in mid-late Aug, although a juvenile was in Sarpy-Saunders Cos 22 Jul 2011. The species becomes increasingly less common during Sep-Oct, but individuals have lingered into Nov on several occasions.

It is often found in smaller numbers in fall in the central and east than in spring; large numbers appear to migrate through the western Great Plains in fall. Adults predominate westward, while easterly birds in Nebraska after late Jul are essentially all juveniles (Moskoff and Montgomerie 2020). Lake McConaughy has hosted very large numbers (see High Counts) relative to eastern sites; 5642 were there 30 Jul 2000, while in the eastern Rainwater Basin regular weekly coverage in the same year found only one, on 16 Jul. On the eastern plains of Colorado, the species is considered a common to abundant migrant in fall, but only an uncommon to fairly common migrant in spring (Andrews and Righter 1992). 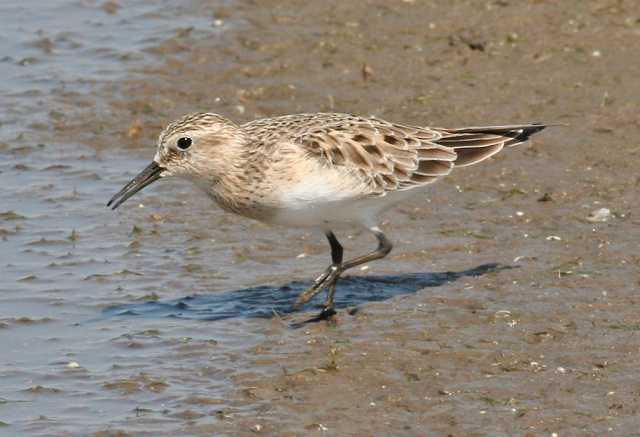