Changes Since 2000: The frequency of nesting reports in northeast Nebraska has increased since 2000. There were no reports of nesting in that part of the state for over 100 years until 2005, since when there have been at least five, with at least one site used for more than a single season.

Arrival is in late Mar, although there are earlier reports which may be of wintering birds. Almost all Nebraska reports are in the period Apr-Oct although one had arrived at a cliff nesting site in Scotts Bluff Co 28 Feb.

Summer: Barn Owl occurs statewide in summer; highest densities occur in the southwest and westward in the North Platte River Valley, with fewest reports from the northeast. There had been no nesting records since 1900 from north and east of Holt, Boone, and Platte Cos (Ducey 1988) until 2005, but since then there have been several. This change may be due to recent warmer winters allowing wintering and/or breeding further north and east. Recent surveys (Olson 2009) have found Barn Owls nesting in Missouri River banks with soft sand layers allowing excavation of nest holes in South Dakota from the Nebraska boundary as far north as the North Dakota border (Olson 2009, Drilling et al 2016).

Elsewhere in the west, breeding has occurred regularly at Crescent Lake NWR, Garden Co where as many as 11 were counted 6 Jun 1995, five were roosting in a willow thicket there 8 Sep 1997, three nest boxes were occupied 5 May 2018, and four boxes 5 Jun-11 Jul 2021. This population may have been at least augmented by placement of as many as seven nest boxes on the refuge in the 1980s (Huber 1987) as part of a reintroduction program with a goal of placing 35 nest boxes (Lock 1980). In Keith Co, a notable report was of 12 birds in two family groups using holes about a mile apart in a canal embankment between Roscoe and Paxton 25 Jul-9 Aug 2014. A good tally of six were using holes in a rock embankment near Gering, Scotts Bluff Co 10-20 Jul 2022, and one was in a cut-bank hole in Sioux Co 17 Aug 2008.

As indicated above, reports in the northeast are recent. At least three sites near Creighton, Knox Co have been occupied since 2005, one continuously, with grain bins favored. In 2015, a nest at Ponca SP, Dixon Co was discovered 9 Jun and had seven young 31 Jul and three nestlings and four fledged young nearby on 13 Aug; six of the seven chicks were fledged (Spilker and Gubanyi 2017). Pellets were collected from this nest site and analyzed for diet composition; a surprising finding was that 39% of the diet consisted of a small species Western Harvest Mouse (Rheithrodontomys megalotis) that would require multiple captures for maintenance of body weight, whereas 32% consisted of two vole (Microtus) species, which are about four times as heavy (Spilker and Gubanyi 2017). A nest at Ponca SP in 2018 had three nestlings 18 Aug, two on 2 Sep; a nest there in 2019 had six young 27-28 Jul with two almost full-grown fledglings still present 21 Aug. A nest with eggs was in a grain bin in Boone Co 22 Jul 2022. An adult was at the latter site 12 Jun 2020. A brood of seven chicks about two weeks old in a grain bin in Platte Co was removed prior to the bin being emptied 22 May 2012. A likely family group of four was at a Dodge Co farm 25 Aug 2013. The only other reports in the extreme northeast are of a road-killed bird 31 Mar 2005 Pierce Co, one in a farm barn in Stanton Co 10 Apr 2018, one near Crofton, Cedar Co 26 Apr 2021, one on 29 Apr 1990 Cedar Co, and one on 18 May 1995 Wayne Co.

In north-central Nebraska, east of the Panhandle, one near Berwyn, Custer Co had seven young, at least four of which had fledged by 19 Aug 2010. A brood of seven in a grain bin was photographed 15-20 miles east of Chambers, Holt Co during Aug 1999 (Loren “Bub” Blake, personal communication). It was considered a rare summer resident at NNF Bessey, Thomas Co by Bray (1994). Three fully-fledged young were observed in 1985, where nesting had occurred several years prior, at the U.S. Fish and Wildlife Service fire tower at Valentine NWR, Cherry Co (Wingfield 1985). There are no nesting reports since, although there are two fire towers still present as of 2017 (Juancarlos Giese, personal communication). There are three other reports in Cherry Co: one in a cut bank east of Valentine 8 Sep 1984, one south of NNF McKelvie 12 Aug 2013, and one about 15 miles southwest of Valentine 30 May 2020. Further south, one was at Calamus Reservoir SRA, Loup Co 24 May 1997, and one was near Broken Bow, Custer Co 19 Apr 2012.

Records of breeding in the southeast are few. In the eastern Rainwater Basin, Jorgensen (2012) considered it a “rare spring and fall migrant and breeder”. Breeding occurred at Ulysses, Butler Co 2005-2008 in an old school building (Mollhoff 2006, Silcock 2006, 2008). In Lancaster Co in 2022, a nest cavity in a Salt Creek bank contained two young 17 Aug, but only one on 20 Aug and none on 29 Aug, when a Great Horned Owl was seen leaving the nest cavity (Elizabeth Cisne, pers. comm.). Perhaps the same cavity was occupied 29 Oct by two Barn Owls (eBird.org).

Three broods were brought to Fontenelle Forest Raptor Recovery in 2014 at remarkably late dates: 15 Oct and 31 Oct from Keith Co, and 6 Nov from Buffalo Co. A study in southwest Nebraska found that 86% of eggs in 47 nests hatched late May-early Jun (Linderholm 1987). An injured bird captured 4 Sep 2021 in Saline Co had a brood patch and was presumed to be a local breeder (Joseph Gubanyi, pers. comm.).

Most of the Nebraska population departs in Oct, although occasional late broods (see Breeding Phenology) would account for lingering birds.

Winter: Some authors consider this species resident in Nebraska (Tout 1947, Marti et al 2020), although there are no documented reports of overwintering individuals. Since Nebraska is near the north edge of the species’ breeding range, most individuals probably depart prior to winter. Bent (1938) indicated that banding data show often-extensive movements which suggest migration, although Marti et al (2020) considered that generally the species is sedentary except for “some regions of the northern US.” A Barn Owl banded (band # 987-63280) at Fort Calhoun, Washington Co, Nebraska 22 Sep 1982 was recovered near Monroe, Wisconsin 11 Jan 1983. 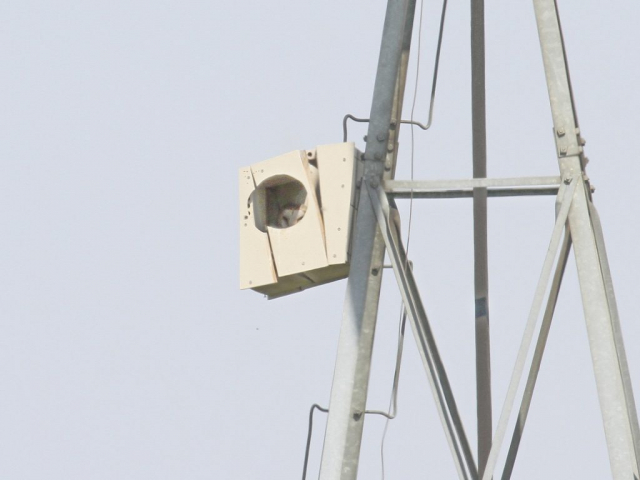 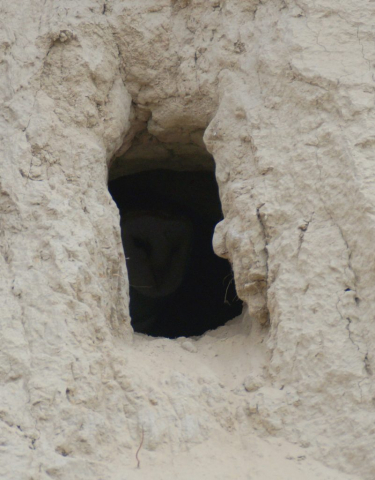