Migration occurs in May, although there are two undocumented later reports of interest (see Comments).

Bay-breasted Warbler is somewhat cyclical in its spring occurrence, probably reflective of cycles in numbers of spruce budworms (Robbins 2018). In the decade 1982-91 it was reported only in 1982 and 1991, but since then it has been reported each year since 1993.

In fall, Bay-breasted Warbler is regular in the east, in contrast to its rarity in spring. This pattern has been noted also in Missouri (Robbins 2018) and Iowa (Kent and Dinsmore 1996). In Iowa, Dinsmore et al (1984) noted that it occurs in fall in 10-fold greater numbers than in spring based on banding data, and Kent and Dinsmore (1996) noted it was “much more common in fall”.

Comments: There are two westerly reports, 19 Jun 1974 Perkins Co and 26 Jun 1957 Scotts Bluff Co, that, although undocumented, are of interest in that they support the possibility of extralimital nesting such as has occurred in Colorado (Andrews and Righter 1992) and Manitoba (Sealy 1979), apparently in response to abundant food supplies of tent caterpillars or spruce budworms. 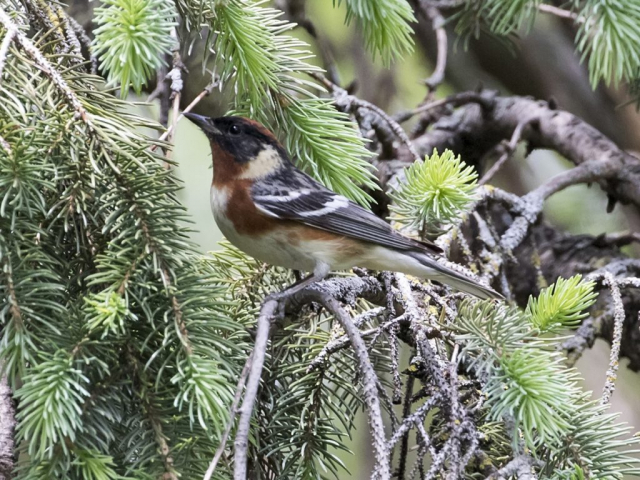 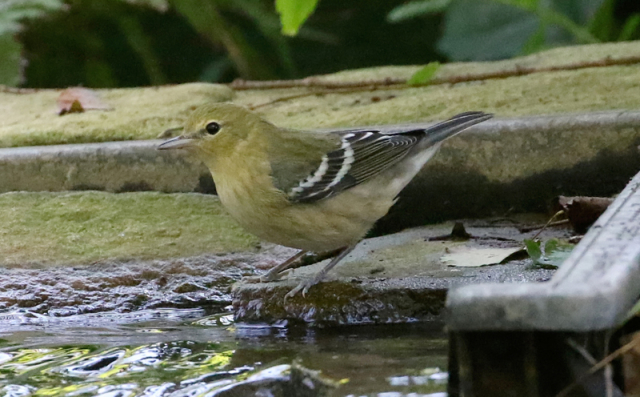