Migration begins in late Apr, somewhat earlier in the east, and ends by late May, although sightings as late as mid-Jun may be of migrants. Peak numbers occur mid-May. Arrival is somewhat later in the Panhandle.

Migrants occur statewide, although numbers are lower westward; Rosche (1982) considered this species uncommon in the northwest.

Summer: Short (1961) summarized the breeding status of Black-and-white Warbler as “Probably most common … along the relatively well-wooded Niobrara River, in the Missouri Valley area and in parts of northwestern Nebraska.” Since then, Black-and-white Warbler has probably ceased breeding in the Missouri River Valley, but still breeds fairly commonly in the eastern Niobrara River Valley and on the Pine Ridge.

Largest numbers occur in the eastern Niobrara River Valley, where Brogie and Mossman (1983) found “numerous singing males and territorial birds” during the summer of 1982 in the Niobrara Valley Preserve, where it apparently has bred regularly for many years (Bruner et al 1904). It occurs west to Cherry Co, where there are summer records 2 Jun 2014 Valentine NWR, 14 Jun 2016 Road 16F Niobrara River river crossing, 9-16 Jun 1985, 16 Jun 1977, mid-Jun 2006, and 12 Jun 2004, at NNF McKelvie. Mollhoff (2001) showed a “probable” breeding record along the Niobrara River in the Valentine area, and the second BBA (Mollhoff 2016) showed a marked increase in reports from the same area, west approximately to the Road 16F river crossing in central Cherry Co. Singles were at Long Pine WMA, Rock Co 15 Jun 2017 and just to the north at a church camp 7 Jun 2007.

The second BBA (Mollhoff 2016) showed an increase in reports on the Pine Ridge compared with the first atlas (Mollhoff 2001); there were none east of Dawes Co, however. Rosche (1982) described this species as an “uncommon summer visitant” which “presumably breeds” on the Pine Ridge in Sioux and Dawes Cos; since then there have been summer reports for Sheridan Co 19-29 Jun 1985 and 4 Jun 1986. A pair of adults feeding just-fledged young was seen at Coffee Park, Sowbelly Canyon, Sioux Co 12 Jun 1979, and two different females were carrying food in Monroe Canyon, Sioux Co 14 Jun 2003. An adult male was feeding a begging fledgling in West Ash Canyon, Dawes Co, 28 Jun 2006 (Mollhoff 2006).

Adults may leave breeding areas as early as late Jun, as in Ontario (Kricher 2020) and by mid-late Jul in Alberta (Kricher 2020).

General arrival is in late Aug and departure is completed by early Oct. 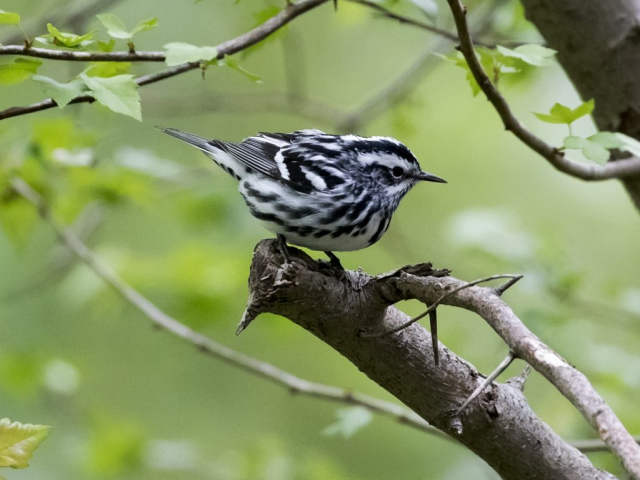