There are fewer than ten reports in Jun; Jun and later dates are 16 Jun 2020 Butler Co, 3 Jul 1980 Lincoln Co, and 8 Jul 2006 Valentine NWR, Cherry Co. The Jul dates may be of one-year old non-breeders not completing migration.

By far most migrate in spring through the east-central part of the state, centered on the Rainwater Basin.

Adults are observed from the end of Jul through Aug, with most reports 12-20 Aug. Adults are always scarce during the southward migration, as noted by Jorgensen (2012) in the Rainwater Basin, where there are only seven records of adults. Juveniles are more numerous than adults and are observed from Sep through Oct and casually into early Nov.

Comments: In Apr, observers need to carefully identify Pluvialis plovers. Molting American Golden-Plovers can resemble Black-bellied Plovers, resulting in occasional reports of flocks of the latter in Apr, an occurrence not to be expected. 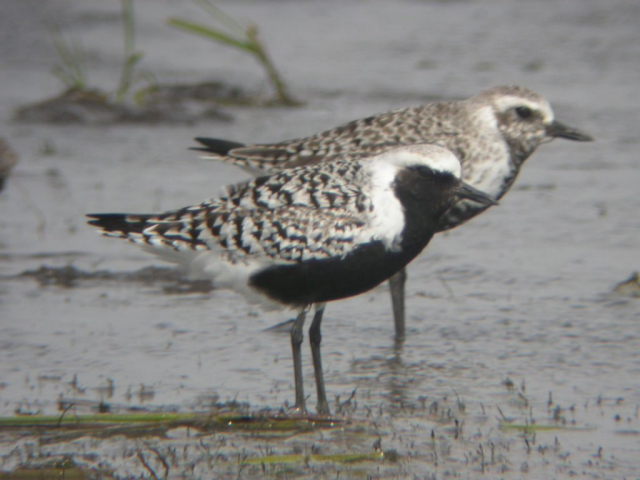 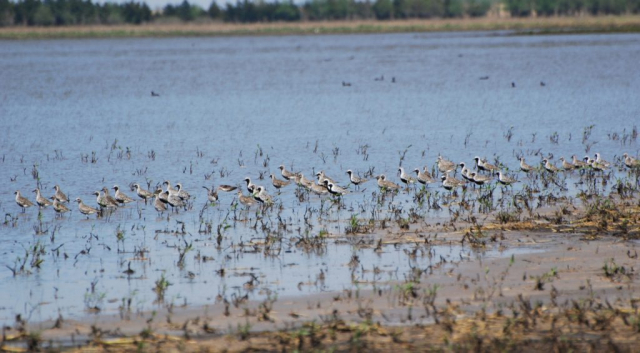