Summer: In Nebraska, this species is near the southwestern edge of its summer range, but at one time occurred statewide. Currently, it is primarily restricted to northeast Nebraska and is less-than-annual in the west. This species prefers deeper or denser woodlands than Yellow-billed Cuckoo and because those habitats are limited in Nebraska it is less common than that species, especially westward. In the Missouri River Valley, it tends to occur in interior forest with dense thickets for nesting. BBS data (2008-2012) indicate that few are reported away from the extreme southeast, although there are breeding records statewide (Ducey 1988).

An apparent decline since the 1960s may be a consequence of a northward shift of the breeding range since then, similar to other northward summer range shifts in Nebraska. BBS trend analysis shows a -5.29 (95% C.I.; -7.24, -3.34) decline during the period 1966-2015 (Sauer et al 2017). Mollhoff (2016) also noted a decline, from 23% to 7%, in the proportion of blocks this species was reported between the first (1984-1989) and second (2006-2011) BBA. Similar results have been reported in South Dakota (Drilling et al 2018). It has been suggested that declines in Nebraska and elsewhere are a result of extensive pesticide use reducing abundance of caterpillars (Hughes 2020). Short (1961) suggested that it may be “frequently overlooked,” as he found it common at Big Springs, a part of the state where it has been thought to be least numerous (Johnsgard 1979, 1980). Short’s observation may have been during a caterpillar outbreak, a phenomenon which may influence abundance of this species to a greater extent than for Yellow-billed Cuckoo (Rosche 1982). It was listed as uncommon at NNF Bessey, Thomas Co by Bray (1994), who suggested that this species had become less common than Yellow-billed Cuckoo since Zimmer noticed the opposite in 1912 (Zimmer 1913). One was reported at Smith Lake WMA, Sheridan Co during summer 2008 (Steven Jones, pers. comm.). 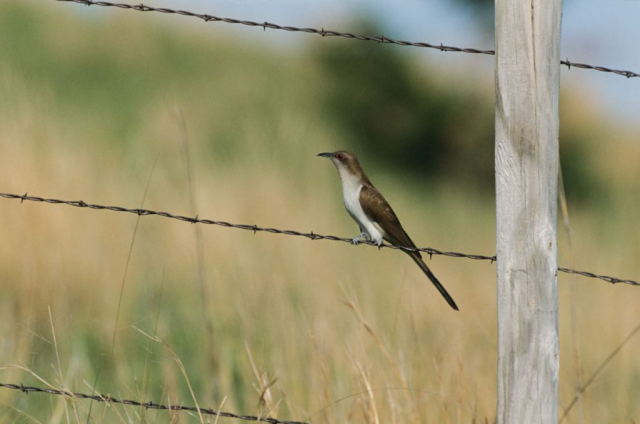 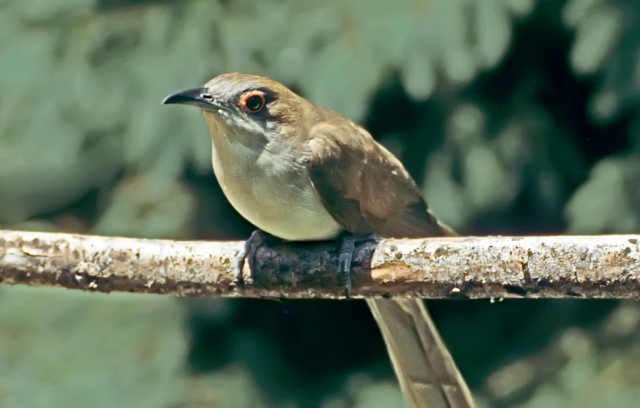 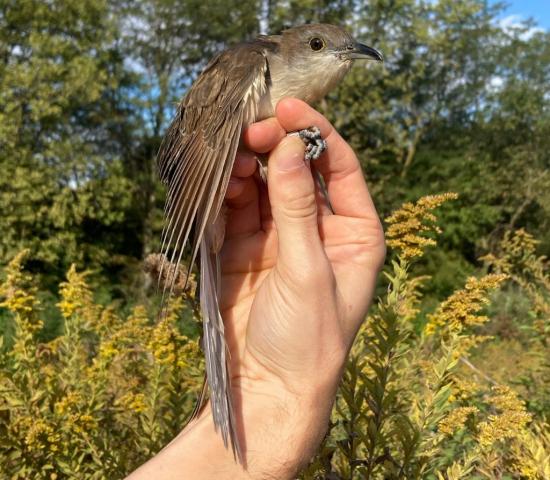