Taxonomy: The genus Poecile, previously a sub-genus within Parus, was raised to generic status by Banks et al (1997) based on genetic studies by Gill et al (2005) and Slikas et al (1996).

A family group frequenting the Phil Swanson yard in Papillion, Sarpy Co during Jun 2021 included a brown-capped juvenile along with normally colored black-capped individuals. This may be only the second such bird on record in North America; the other, in New York Jul 2004, was first identified as a Boreal Chickadee (P. hudsonicus), but later re-identified as a Black-capped Chickadee (Silcock and Swanson 2021).  This phenomenon and its possible causes were discussed by Silcock and Swanson (2021). 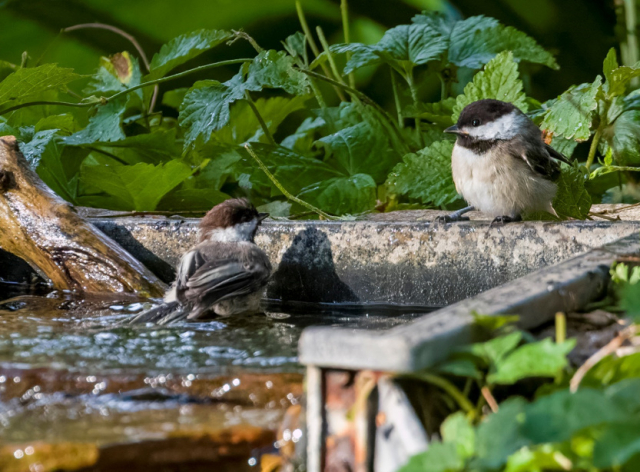 Resident: Most Black-capped Chickadees breeding in Nebraska are resident, as indicated by banding studies. Of 78 Nebraska banding records examined for various times of the year, all recoveries were at the place of banding (Patuxent Banding Lab data); a similar result was noted by Brown et al (1996) in Keith Co.

Breeding birds are distributed in riparian corridors throughout the state but are least numerous in the southwest and Panhandle; the BBS Summer Distribution Map for 2007-2013 shows virtual absence of this species in the western Sandhills, southern Panhandle, and Rainwater Basin, areas where riparian woodlands are lacking. In the Rainwater Basin, Jorgensen (2012) noted the species is “fairly common along the watercourses that intersperse the RWB; absent in most of the RWB.” This status was similar to that which Tout (1902) observed as he mentioned that chickadees “are not found away from streams” in York County. Black-capped Chickadee distribution, particularly in areas with marginal habitat, was likely reduced by the effects of West Nile Virus (see Comments, below).

Spring, Fall: Long-distance movements of Black-capped Chickadees do occur; these involve mostly young birds undergoing a post-fledgling dispersal (Foote et al 2020). In addition, movements occur irregularly every 2+ years; these events are best termed “irruptions” rather than true migration, and likely result from a decrease in food resources following a period of higher food availability that resulted in a high level of breeding success (Foote et al 2020). High Counts (below) appear to reflect this, as peaks occur in Apr and Sep-Oct.

Winter: In Nebraska, CBC data show a far more even distribution of chickadees in winter than that indicated by BBS data in summer, as well as a concentration in the east. It is generally assumed that birds from further north winter in Nebraska (Rapp et al 1958, Johnsgard 1980), and indeed chickadees are more common in winter in the northwest (Rosche 1982). Recent midwinter tallies in Sowbelly Canyon and Ponderosa WMA were 93 on 6 Jan 2021 and 74 on 30 Dec 2020 respectively.

Chickadees also become noticeable at locations where they are not conspicuous in summer, especially where feeders are provided. Furthermore, measurements of netted birds at Bellevue, Sarpy Co during winter 2003-2004 indicated an influx of the subspecies septentrionalis (Betty Grenon, Rick Schmid, personal communication). Foote et al (2020) noted that septentrionalis “occasionally wanders south in winter.”

Comments: Black-capped Chickadees declined sharply over most of Nebraska around 2002-2003 coincident with the arrival of West Nile Virus, providing strong circumstantial evidence for the cause of the decline. BBS trend analysis show the species declined statewide at an annual rate of -5.66 (95% C.I.; -10.48, -1.12) during 2003-2013 (Sauer et al 2014). However, definitive evidence of a link was limited initially (Nick Komar, personal communication), but subsequent studies have shown West Nile Virus to be linked to declines in numbers of chickadees and other species (LaDeau et al 2007, Kilpatrick et al 2007).

Even though declines were noted over most of the state, the numbers of Black-capped Chickadees recorded on CBCs in the Missouri River Valley remained near average during the early to mid-2000s. Suggested explanations for the apparent lack of chickadee declines in this region included birds moving in during winter from elsewhere (see above) or some degree of immunity in Missouri River Valley birds that might have been previously exposed to West Nile Virus (Tom Labedz, personal communication). In addition, variations in the prevalence of West Nile Virus across Nebraska may have been associated with variations in mosquito species diversity and abundance (T.J. Walker, Tony Leukering, personal communication, Jorgensen 2016). Jorgensen (2016) presented data from the Centers for Disease Control that showed the highest rates of West Nile Virus incidence in the United States included most of western and central Nebraska, but incidence was less in the southeast. Differential West Nile Virus incidence in humans was attributed to weather and climate cycles that influence the abundance of Culex mosquitoes, an important disease vector, on the Great Plains.

Chickadees re-appeared in 2012 in a few western locations after long absences: since 2003 near North Platte, Hall Co, 2004 north of North Platte, Lincoln Co, and “for a few years” in Scotts Bluff Co. On the other hand, in parts of central Nebraska relatively low numbers of chickadees were observed in 2012; one at a Grand Island, Hall Co feeder 23 Aug was a “big deal” and two at another feeder there 26 Aug were the first there for several years. Also in 2012, one at Rowe Sanctuary, Buffalo Co 25 Sep was the first there for 10+ years. Further afield, in east-central Nebraska, two at a feeder in Dodge Co in 2012 were “like the good old days”, and a single there 21 Feb 2019 was “first for years”.

However, some areas in central Nebraska have been slow to recover or have suffered another recent decline. The Harlan Count Reservoir CBC, Harlan Co, averaged 99 per year 1996-2001 but only one was found on the 2018 CBC, following a new low of 12 in 2016. Surprisingly also, the Lake McConaughy CBC, Keith Co, found only one chickadee in its 30 Dec 2018 iteration; peak tally there was 84 in 2001. Numbers have not recovered on the Branched Oak Lake-Seward CBC; in the first 10 years of the count >100 chickadees were counted, but no count since 2002 has reached that level. Clem Klaphake provided a citation (https://news.mongabay.com/2018, referring to Carolina Chickadee) that noted: “In gardens with less than 70% of native plants by biomass, chickadee populations crashed, because the insects they usually eat cannot live on nonnative trees and flowers” Applicability of this hypothesis in Nebraska is conjectural, however. 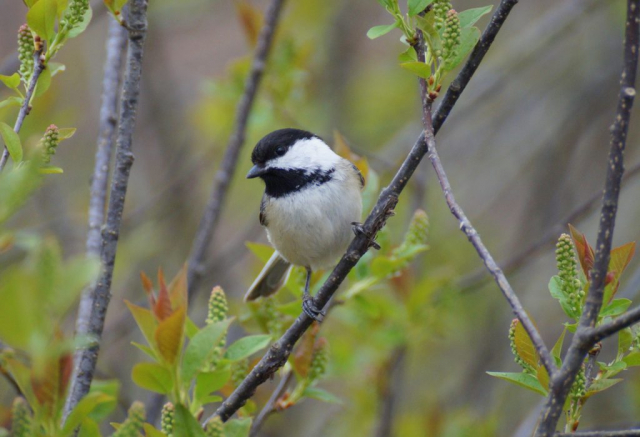 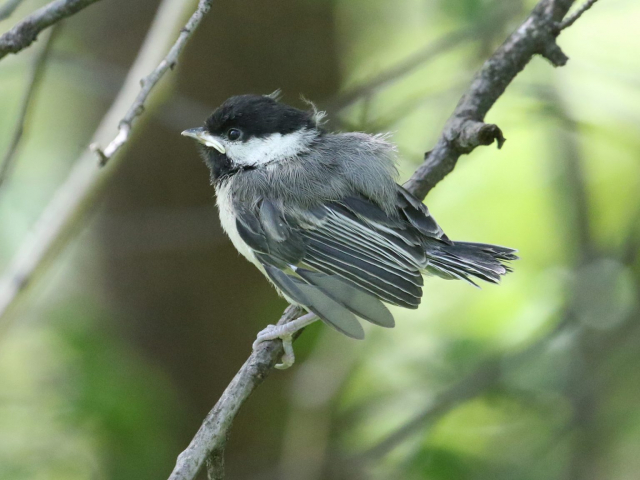 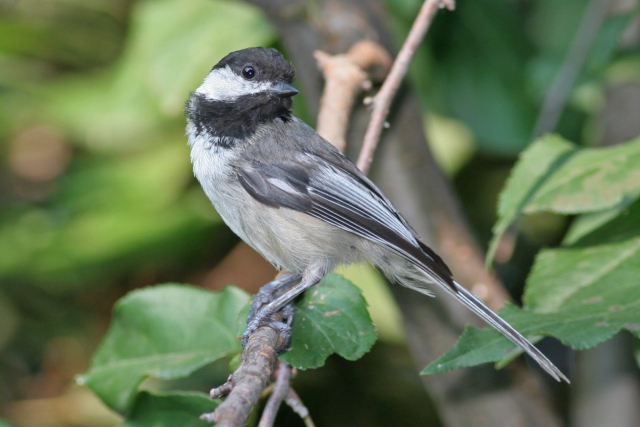 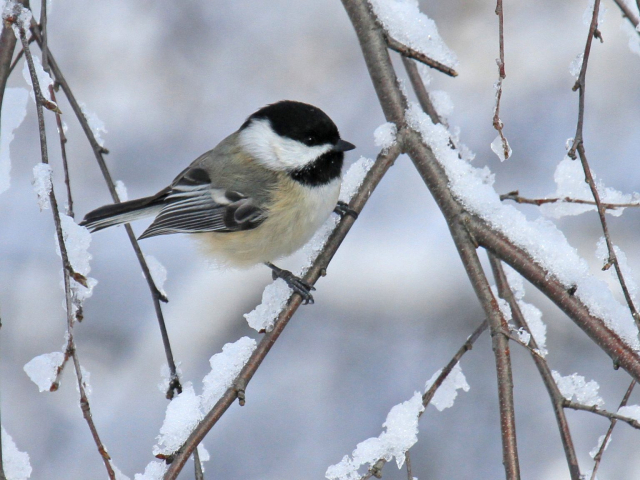 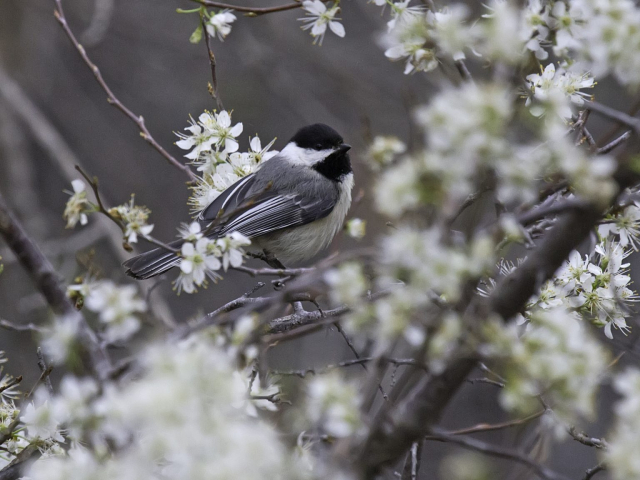 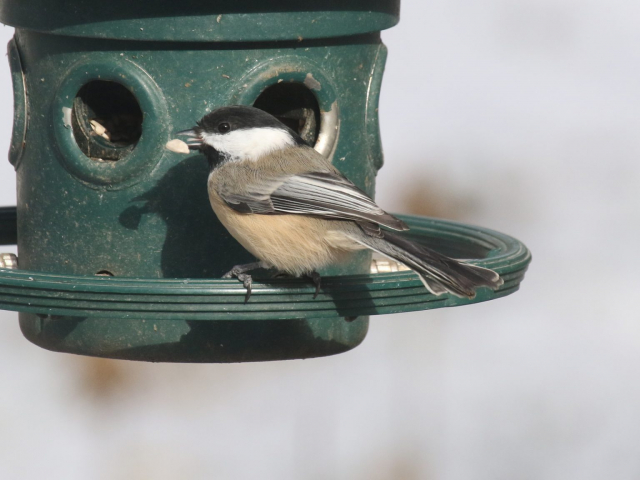 Slikas, B., F.H. Sheldon, and F.B. Gill. 1996. Phylogeny of titmice (Paridae): I. Estimate of relationships among subgenera based on DNA-DNA hybridization. Journal of Avian Biology 27: 70–82.