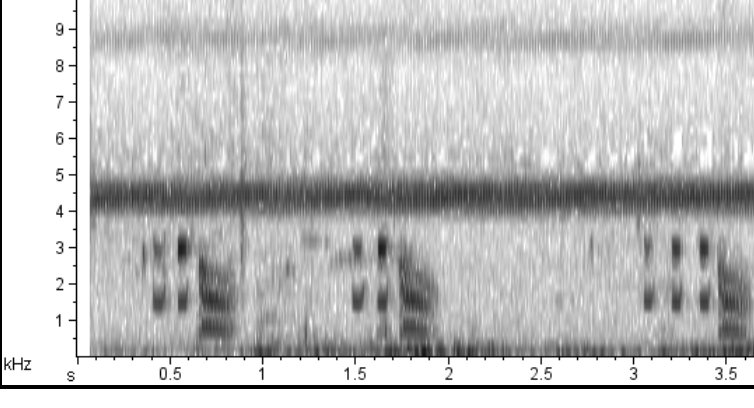 Taxonomy:  Five subspecies are recognized, three in South America, and two in North America: coterniculus of California and Baja, Mexico, and jamaicensis of the eastern United States and Central America.  Nebraska birds are presumed jamaicensis.

Spring:  There are ten reports, but only one has been accepted by NOURC:

Summer: There is one documented record:

The record cited above was obtained during a secretive marsh bird survey conducted statewide; no other Black Rails were detected during the study (Dinan et al 2018).

There are 13 additional summer reports, nine of which are from Crescent Lake NWR 1978-1995 between dates 18 May-6 Sep; several of these sightings were in 1995, when birds identified as this species were in short sedges and grass at the outer margins of Goose Lake during a period when the water table was unusually high (Larry Malone, pers. comm., Cortelyou 1981, Silcock 1995).  Only one of these reports was submitted to NOURC; insufficient detail did not allow acceptance (Brogie 1997). Searches at Goose Lake in 1997 and 2001 were unsuccessful in locating the species.

Additional reports are of one “calling incessantly” 24 Jun 2006 at the west end of Calf Creek Valley in Valentine NWR, Cherry Co, a calling bird in extensive sedge wetland at Facus Springs, Morrill Co 9 Jul 2001 (not accepted by NOURC, Jorgensen 2003), a “small black bird” suspected to be this species flushed by a mower in Dodge Co 30 Jun 2011 (not accepted by NOURC (Brogie 2013), and one flushed at Fontenelle Forest, Sarpy Co 27 Aug 2006 (Silcock 2006).

According to Eddleman et al (2020), fall migration takes place early Sep to early Nov, with most records mid-Sep to mid-Oct. These dates fit the pattern of observations for Nebraska. Fall departure of interior summering birds is thought to be during October; there are Kansas dates 17 and 29 Oct (Thompson et al 2011), and an Iowa date 8 Oct (Kent and Dinsmore 1996).

The status of the Black Rail in Nebraska is enigmatic, primarily because the species is difficult to detect, there are few reports of the species and most lack extant documentation.  All of the state’s reports involve either calling birds or brief observations of flushed birds.  Prior to the recording obtained in 2016 (cited above), there was only one accepted record for this species, a recording that the observers themselves noted is of poor quality (Brogie and Brogie 1987b).

It has been suspected that Black Rails occur more frequently than the few reports indicate; Rapp et al (1958) stated, without citing supporting data, that Black Rail “probably breeds in suitable habitat, as Nebraska is well within its breeding range.” Southeast Nebraska is included in the probable summer range by most authors, even though data supporting this conclusion is minimal.  Most intriguing are the several reports at Crescent Lake NWR noted above.  Also notable are recent credible reports from Facus Springs, Harvard WPA, and Peru Bottoms WMA.  The observer for the latter reports suspected that Black Rails could possibly have been present there during the summer and may have bred.

Because Black Rail breeding habitat is ephemeral, and often located where livestock grazing or wetland modification occurs, breeding sites probably change from year to year and are difficult to predict. Most nests are found in Jun in the eastern United States (Eddleman et al 2020).  Thus, observers attempting to find this species should be cognizant of habitat conditions at sites where the species could possibly occur.