Winter: There are five records:

The second record was of a single found 10 Feb 2001 with a flock of about 120 Gray-crowned Rosy-Finches wintering at Agate Fossil Beds SHP (Jorgensen 2003).

The third record was of up to four associating with about 90 Gray-crowned Rosy-Finches at Scottsbluff NM, Scotts Bluff Co, 5 Jan and 2 Feb 2013 (Brogie 2014). The fourth record was at the same location, where one was photographed (Brogie 2016).

The Henry Road site consists of a cliff roosting site along the west side of the road, but actually in Wyoming, and so a Nebraska sighting requires watching the flock fly into Nebraska; one photographed on the cliff there 2 Feb 2019 was deemed to be in Wyoming (Brogie 2020).

This species breeds on certain high-elevation mountain ranges from Idaho and west-central Montana southward through southeast Oregon, northern and eastern Nevada to southern Utah and west and north-central Wyoming, and winters within the breeding range, with a portion of the population regularly wintering up to 125 miles east and 275 miles south of the breeding range (Johnson 2020). It occurs in winter on the eastern Wyoming plains but is rare as far east as the Nebraska border (Faulkner 2010). 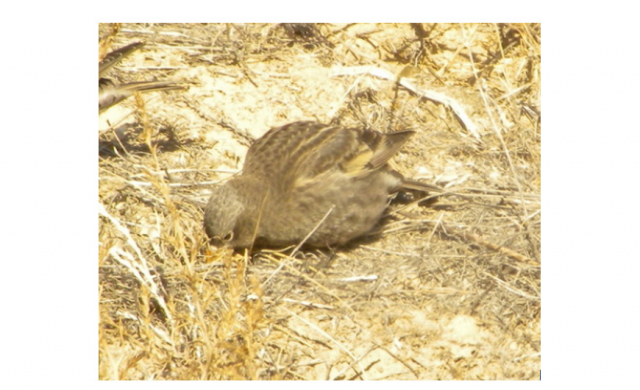