Migrants occur from late Apr through early Jun. Some earlier undocumented reports may have resulted from confusion with Black-and-white Warbler, normally a much earlier migrant than Blackpoll Warbler.

In contrast to Bay-breasted Warbler, which is rare in spring but uncommon in fall, Blackpoll Warbler is fairly common in spring and only casual in fall. Identification of fall Blackpoll Warblers should be made very carefully, as most migrate eastward to the Atlantic coast and then as much as 3000 km across water to the Caribbean and South America (DeLuca et al 2020). Indeed, banding data from Iowa (Dinsmore et al 1984) show that 84% of banded Blackpoll Warblers occurred in spring, which is remarkably similar to Nebraska sight reports, where 88% of the reports are for spring.

In fall 2020 there were a remarkable seven reports, all but one photographed and the other well-described. One was westerly at Gotte Park, Kimball Co 6 Sep. Elsewhere, one was at Mercer Woods, Douglas Co 9-10 Sep and possibly the same bird there 12 Sep, singles were at Holmes Lake, Lancaster Co 11 Sep and at Wilderness Park, Lancaster Co the same day, in Saunders Co 12 Sep, and in Sarpy Co 19 Sep. 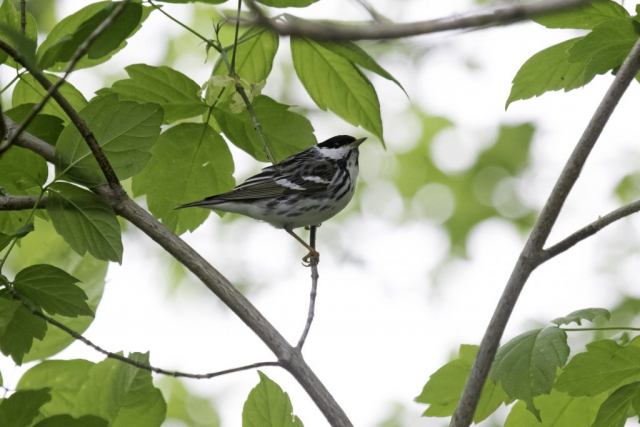