Migrants occur statewide but are most common in the central (Rapp et al 1958; Johnsgard 1980).

A male fitted with a geolocator yielded the following spring migration itinerary: six days in the Bahamas, on 14 May a flight northwest across the Gulf of Mexico to Alabama, on to Kansas two days later (16 May), and arriving at a Nebraska breeding site 20 May (Renfrew et al 2020).

Summer: Breeding habitat for this species is native moist or sub-irrigated meadows; it was once common in lowland, riparian prairie that existed along most major river systems and in moist lowlands throughout the Sandhills. Drainage of many of these meadows and conversion of much of this habitat to cropland, especially in eastern Nebraska, has reduced numbers and caused local extirpations since settlement by Europeans, although BBS trend analysis shows increasing overall numbers in Nebraska since 1966 (see below). Bobolinks also use hayfields, notably in northern and northeast Nebraska, including those planted to non-native legumes such as alfalfa (Renfrew et al 2020, Rosche 1994). However, mowing of hayfields prior to young fledging reduces reproductive success (Bollinger et al 1990); delaying haying until mid-Jul would have a significant beneficial effect; all but 15 of 150+ nests on a hayed study area in Hall Co had fledged young by 4 Jul (Dan Kim, pers. comm.).

BBS data (2007-2013) indicate that Bobolinks are most common in the north-central Sandhills and northeast. Mollhoff (2001, 2016) indicated that fewest breeding season reports were from the Panhandle and the southwest, although reports south of the Platte River Valley in the east increased between the two atlas periods (1984-1989 and 2006-2011). BBS trend analysis shows Bobolinks have increased annually by 1.82% (95% C.I.; 0.40, 3.03) statewide 1966-2015 (Sauer et al 2017), which may be partially explained by moderate range expansion south of the Platte River in eastern Nebraska.

In the Panhandle, Mollhoff (2001, 2016) had breeding season reports west to Morrill Co in the North Platte River Valley; recent reports from further west in the North Platte Valley are of a pair in irrigated grass in Scotts Bluff Co 14 Jul 2007, the observer’s first sighting for the county (Kathy DeLara, pers. comm.), and another in Scotts Bluff Co 16 Jun 2012 was considered “a good bird out here” (Alice Kenitz, Helen Hughson, pers. comm.). Breeding may occur as far west as Agate, Sioux Co along the Niobrara River Valley in wet years (Rosche 1982), although there are no confirmed nesting reports. In 2020, one was near Agate, 29 Jun, and singles were in Dawes Co at Chadron Creek Ranch WMA 22 Jun and on Spotted Tail Road the same day. In 2021, there were six Panhandle reports, all of singles, suggestive of wandering pioneering males, with the exception of the four at Agate Fossil Beds NM, Sioux Co 30 Jun.

In the east, breeding is regular in scattered locations south to Lancaster and Sarpy (Williams 1982) Cos, with a few summer reports further south to Otoe Co; in 2007 the species was conspicuous in undisturbed native grasslands in the extreme southeast, and birds were on territory at Spring Creek Prairie, Lancaster Co by 28 Apr 2016. Good counts in the southeast were 15 in Johnson Co 8 Jul 2010 and 11 in Fillmore Co 17 Jun 2011. Mollhoff (2016) showed increased occurrence in the Rainwater Basin, where the species is now primarily restricted to prairies surrounding wetlands at WPAs and WMAs (Jorgensen 2012).

Reports are fewer than for spring, possibly as most males molt into drab winter plumage in Jul and Aug and are far less conspicuous, but also because migration is primarily nocturnal. A mixed-age flock of 32 in Lincoln Co 7 Jul 2022 including several birds in molt along with juveniles, a male in Dixon Co was “molting fast” 31 Jul, a male at Rowe Sanctuary, Buffalo Co was still in breeding plumage as late as 2 Aug 1997, and one in Sarpy Co was molting 21 Aug. Pyle (1997) stated that AHY molt out of alternate plumage may occur Jul-Oct and that molt may be suspended until reaching the winter range; two males in breeding plumage in Otoe Co 22 Oct 2022 (Clausen, Swanson; eBird.org) may have suspended their molt. 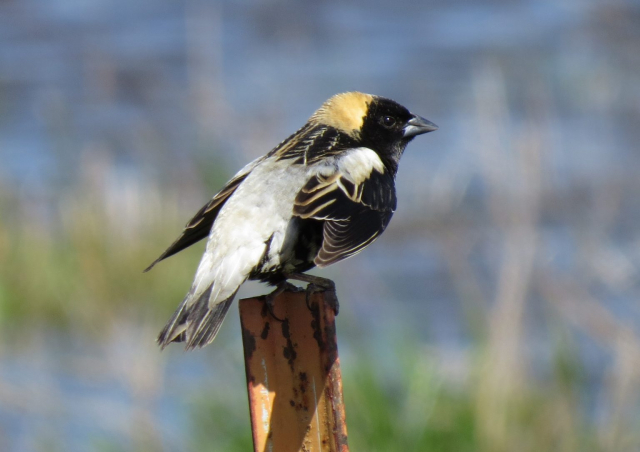 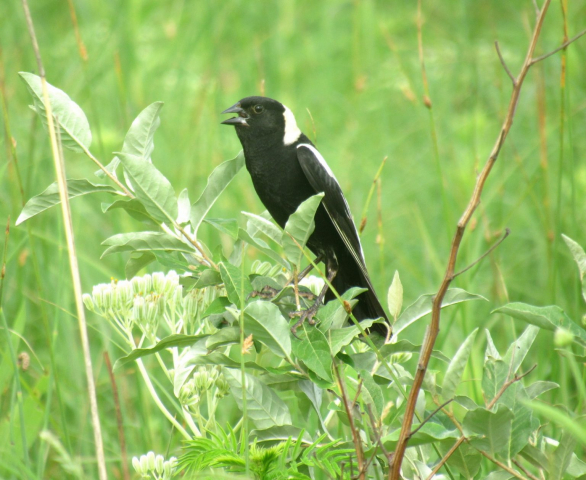 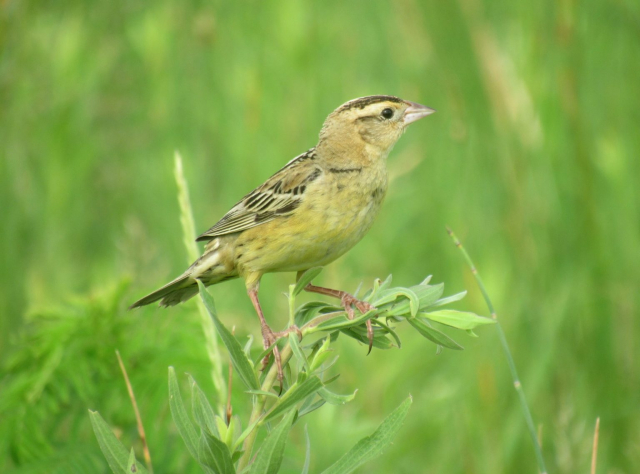 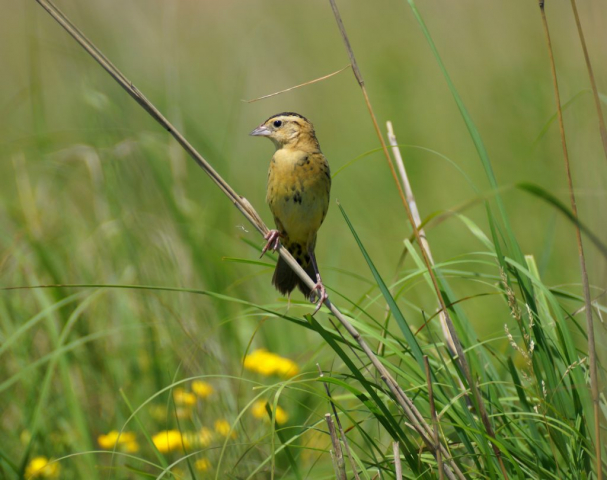 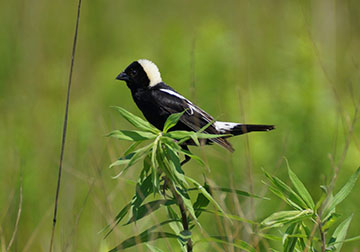