Taxonomy: There are three subspecies recognized, garrulus of Eurasia, centralasiae of central and eastern Siberia, and pallidiceps of western Canada and northern and western USA (Pyle 1997, Witmer 2020).

This species appears in large numbers in some years and is absent in others; it is generally restricted to the northwest, although, while CBC data for 1959-1988 show high densities in the Panhandle, low densities extend rather far east over the western two-thirds of the state. Since 1988 numbers have been low on CBCs, except for a small spike in 2004-2005. Rosche (1982) listed incursion years and noted that in the 1970s and 1980s birds appeared in consecutive winters and were absent in the third, a pattern which repeated itself during that time period. It was considered a “common migratory visitor” in Logan Co (Glandon and Glandon 1934). 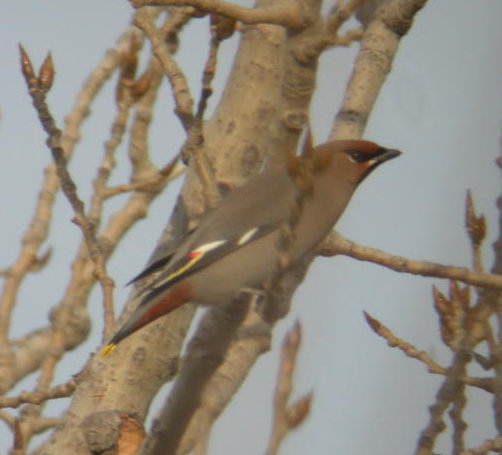