Breeding areas are deserted by mid-Aug and fall migration is protracted (Burger and Gochfeld 2020). Migrants usually do not arrive in Nebraska until Oct and peak numbers pass through in early to middle Nov. As many as 91 were still at Sutherland Reservoir, Lincoln Co 18 Dec 1997, and 284 were at Lake McConaughy, Keith Co 19 Dec 2003, declining rapidly to 157 on 22 Dec 2003. Recent years have seen larger numbers lingering later on major western reservoirs. Some 85% of fall migrants in Manitoba are young of the year, whereas >95% of birds in the Lake Erie region are adults, indicative of differing migration pathways (Burger and Gochfeld 2020).

Comments: Bonaparte’s Gulls prefer larger lakes and reservoirs, which, until the most recent quarter of a century, were rare in Nebraska. Prior to construction of large reservoirs, it is likely that most Bonaparte’s Gulls passed over the state. Bruner et al (1904) had records only from Salt Lake, now Capitol Beach Lake, a fairly large lake created from a natural depressional wetland in Lancaster Co. Even in the mid-20th Century, records were scarce, particularly in the west; Tout (1947) did not cite any Lincoln Co records. Nowadays, however, the species is found routinely in good numbers statewide, including major reservoirs in the west such as Sutherland Reservoir and Lake McConaughy, which did not exist in Tout’s time. However, some 75% of reports continue to be from the east; most migrants follow major river valleys (Burger and Gochfeld 2020) such as the Missouri. 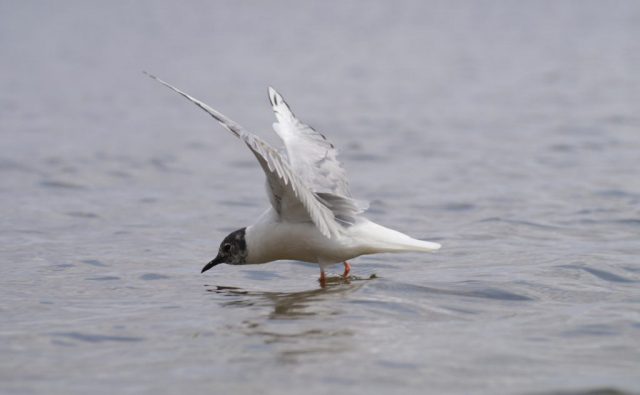