Taxonomy: Three subspecies were recognized by AOU (1957), but more recent authors (Pyle 1997, Jaramillo and Burke 1999, Lowther 2020, Gill and Donsker 2017, Clements et al 2016) vary widely in their descriptions of the ranges of the subspecies. Of the three subspecies, obscurus is essentially southwestern in its distribution and not expected to occur in Nebraska.

The ranges outlined by AOU (1957) suggest that ater breeds in eastern Nebraska and artemisiae in the west, although the limits of the respective breeding ranges are unknown. Most Nebraska breeders are probably intergrades. Migrants over most of the state are likely to be artemisiae, as ater apparently occurs only in southeast Nebraska.

Migration is detectable in the north in Mar away from the core wintering area in the south and east; by late Apr the entire state is occupied except the northern Panhandle, which is occupied in May. Early flocks are mostly males; a flock near Peru, Nemaha Co 29 Mar 2009 had 121 males and seven females.

This species is a host parasite (Lowther 2020) and probably associates with the same host species as in Kansas, where some 121 have been reported (Lowther 1988). Hosts are generally from the following groups (Bent 1968): flycatchers, vireos, warblers, and finches. Mollhoff (2016) presented data for the breeding bird atlas period 2006-2011 showing that 28 host species were reported for Nebraska, most commonly Western Meadowlark, Bobolink, Grasshopper Sparrow, and Dickcissel. This list was updated by Mollhoff (2022), showing 52 species parasitized, most commonly Bobolink, 58% of nests examined, and Indigo Bunting, 56%; 10 additional species had rates above 30%.

Breeding Brown-headed Cowbirds have adapted to a wide range of habitat types from grassland to woodland, including, in the northwest, forested canyons (Rosche 1982). Although preferred habitat is edge and thickets (Johnsgard 1980), probably no forest in Nebraska is extensive enough that this species does not penetrate its interior; forest fragmentation has allowed this species access to previously unattainable interior forest species (Dobkin 1994).

Flocking of young birds to roosts begins as early as 18 Jun (Brown et al 1996), and sizeable flocks appear Jul-Aug statewide, including adults, such as the 200 in Custer Co 18 Jul 2015 and 320 in Cuming Co 31 Jul 2021. In the west, many adults disappear after the breeding season ends in Jul, while young birds linger into Sep; virtually all birds depart the west during Sep (Rosche 1994), and in the north by mid-Oct.

CBC data indicate that a few birds linger through Dec in the northeast and westward in the Platte River Valley. There are several CBC records at Lake McConaughy, Keith Co; on five counts in the period 27 Dec-2 Jan, best totals were 150 on 31 Dec 2011 and a surprising 400 on 29 Dec 2012. A flock of 75 was in Buffalo Co 29 Dec 2011. At northeastern count locations, Beaver Valley in Boone Co, Calamus-Loup mostly in Loup Co, Ponca SP in Dixon Co, and Norfolk in Cuming Co, best counts were 212 at Norfolk 17 Dec 2011 and 30 at Beaver Valley 1 Dec 2007. A flock of 100 was on the Ames, Dodge Co CBC 17 Dec 2019. Most of these west-central and northeastern CBCs report fewer than 10 cowbirds, if any, in a given year.

Winter: Overwintering is rare, especially in the west; 2-6 birds wintering 2001-2002 at a feedlot east of Gering, Scotts Bluff Co is perhaps the only such record.

Most winter (Nov-early Feb) reports are of small numbers with wintering flocks of Red-winged Blackbirds and European Starlings around livestock lots in the south and east; in the north and west there are only about 31 such records in all. 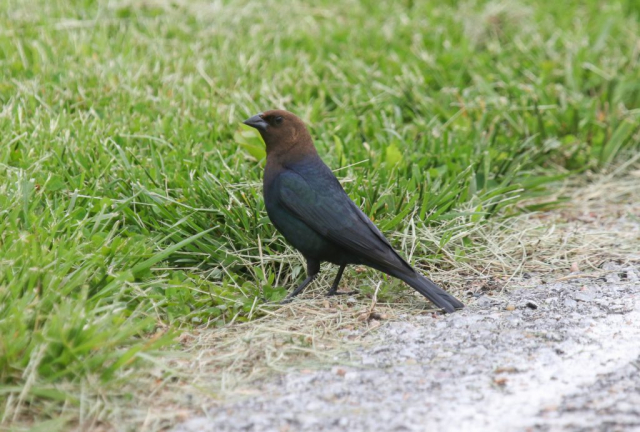 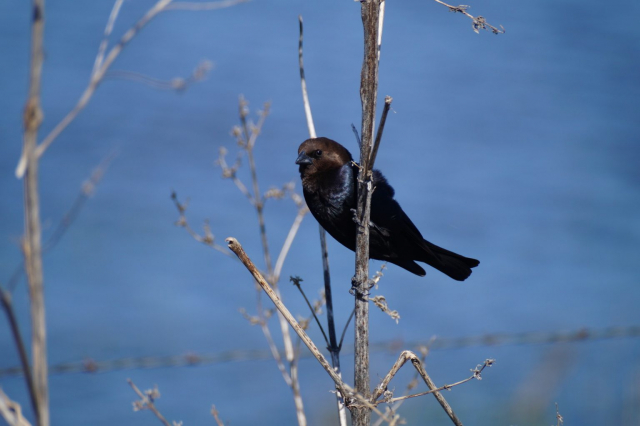 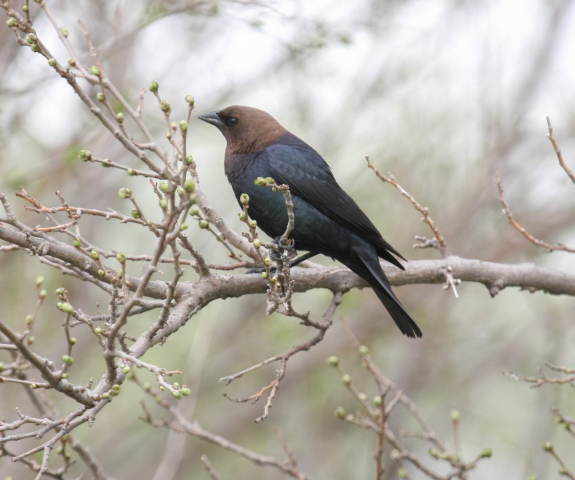