This species was formerly placed in the genus Tryngites, but recent genetic studies place it in Calidris (Chesser et al 2013).

A total of 2172 and 3457 individuals were counted in the eastern Rainwater Basin in May during the surveys referenced above (Jorgensen et al 2008). High counts in the York Co area by Lee Morris were in the hundreds, but no specific data have been published (see Comments).

Migration generally commences in late July and early August and occasionally large numbers are observed. This early movement likely represents the principal period when adults migrate through the state. Thereafter, only smaller numbers, which are mostly juveniles, are observed through mid-Sep.

Buff-breasted Sandpipers are more widespread in fall than in spring, although high counts are still from the eastern portion of the Rainwater Basin where the species is often observed at drying wetlands and recently mowed hayfields. An overall reduction in the number of hayfields in the region over the past two decades has made the species more difficult in find. The few reports from western Nebraska are during late Aug-Sep and are presumably juveniles, although one at Lake McConaughy, Keith Co 30 Jul 2006 was believed to be an adult and the early date suggests this is likely the case. Panhandle reports, which are likely of juveniles based on the dates of occurrence, are 4 Sep 1993 Dawes Co, 6 Sep 2021 two adjacent locations 2-3 near Big Springs, Deuel Co, 7 Sep 2017 Lake Minatare, Scotts Bluff Co, 14 Sep 1974 Scotts Bluff Co, and 2-3 at Lake Minatare 6-12 Sep 1998.

Comments: York Co birder and farmer Lee Morris was the first to note and publish information (Morris 1978) about Buff-breasted Sandpiper stopover in the Rainwater Basin. Morris routinely observed Buff-breasted Sandpipers following behind his farming implements as he worked a field and described the species as “very common”; he stated: “lots of days there are several hundred” (Morris 1978). Morris later stated (Jorgensen 2007) that Buff-breasted Sandpipers were formerly so common that they would regularly be hit along county roads by passing traffic. He also noted that he observed extensive mortality due to the use of the granular pesticide Carbofuran (Furadan), which has been shown to cause extensive bird mortality (Balcomb et al 1984). The granular form of the pesticide was banned in 1991 in the United States. Since Morris’s discovery, several studies have examined the species stopover ecology in the eastern portion of the Rainwater Basin (Jorgensen 2007, Jorgensen et al 2008, McCarty et al. 2009, McCarty et al 2015, Brown 2018).

There is a specimen in the University of Iowa Talbot Collection, SUI 10630, collected at “Valley: North Loup”, presumably Valley Co, 2 Aug 1884; the label has a question mark after the year. 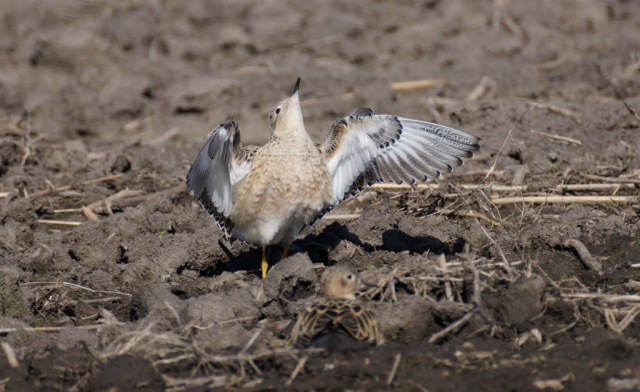 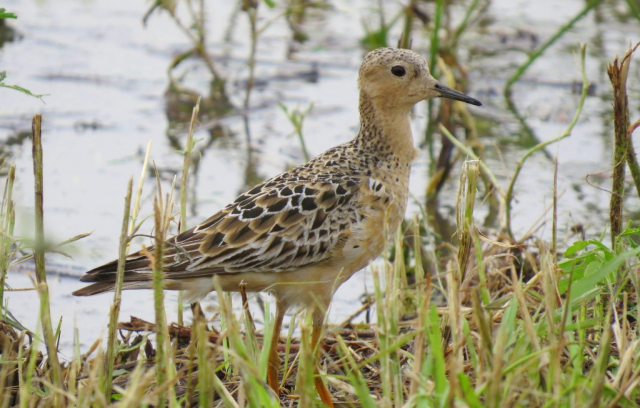 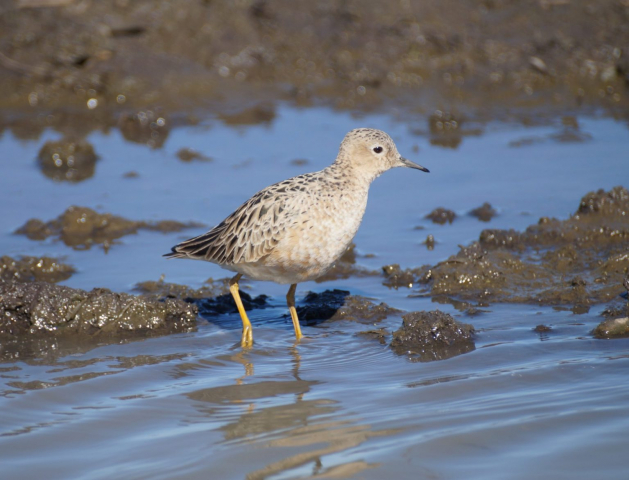 John P. McCarty reviewed an earlier draft of this species account and provided numerous helpful comments that improved the content and composition.