Calliope Hummingbird was formerly included in genus Stellula, which has been merged with Selasphorus (Chesser et al 2012).

Changes Since 2000: There has been a notable increase in numbers detected in fall, especially eastward, where the nine records are all since 2002, eight since 2012. It is not known whether the increase represents an actual rise in numbers or improved identification and detection by observers or a combination of both.

Spring: There are four records, all adequately documented, including one as far east as Knox Co:

A window strike from Scotts Bluff Co 15 Aug 2020 was recovered by Marie Smith and prepared as a specimen by Thomas Labedz; it is now UNSM ZM19435. 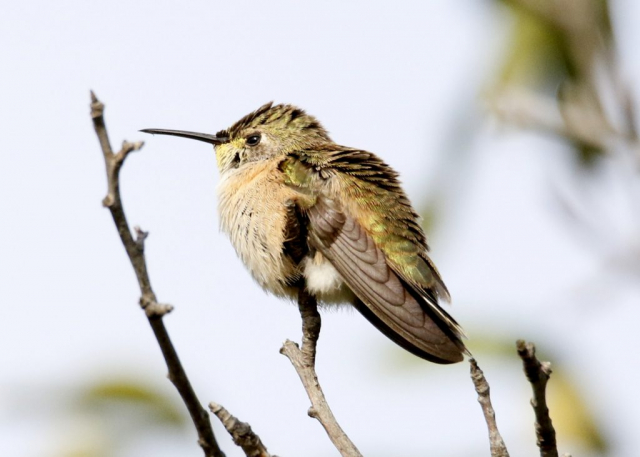