Migration is in the latter two thirds of May.

This species is less numerous in the midcontinent of the United States in spring than in fall. Curson et al (1994) stated that Canada Warblers tend to follow the Atlantic coast in spring but occur in higher numbers westward in fall. In Iowa, of 422 Canada Warblers banded, 302 were in fall (Dinsmore et al 1984). This species is one of the last spring migrants to arrive.

Migration is from mid-Aug through late Sep. 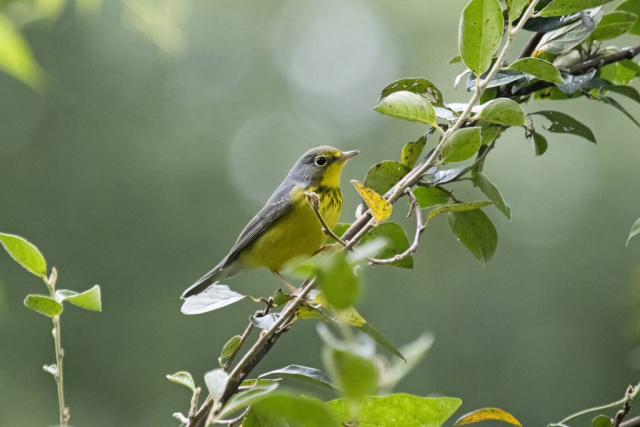