Caspian Tern is primarily a May migrant, mostly at large lakes and reservoirs. In recent years reports from the Panhandle have increased, possibly as a result of regional population increases (Wires and Cuthbert 2000).

Summer: There are numerous mid-summer records, presumably of immatures; most do not breed until their fourth summer (Cuthbert and Wires 2020). One-year-olds generally remain on the wintering range, but sub-adults have the greatest tendency to wander (L’Arrivee and Blokpoel 1988; Cuthbert and Wires 2020). Caspian Terns prefer large bodies of water and so most summer records are from Lake McConaughy, but are widespread. Fewest reports are in the period Jun-Aug; high counts at this time are at Lake McConaughy: 12 on 24 Jun 1996 (Brown et al 1996), and six on both 20 Jun 1989 (Rosche 1994) and 22 Jun 1996.

Migration occurs from late Aug through most of Sep. 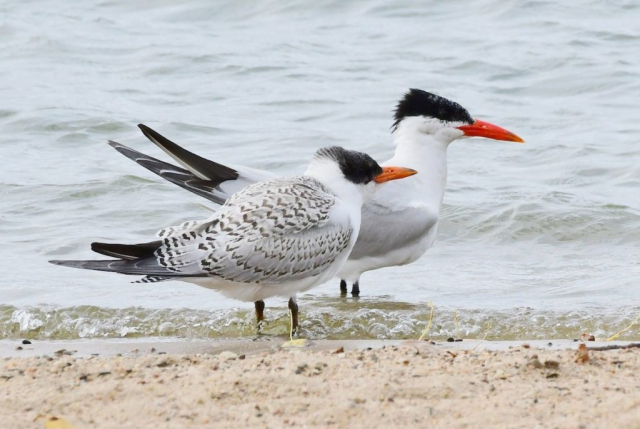