Spring: There are five reports, one, amazingly, from the east:

In fall 1997 several first sightings of the newly-split species were made (Brogie 1998): 24 Aug Lake Minatare, Scotts Bluff Co, 1 Sep Oliver Reservoir, Kimball Co, 6 Sep Lake Minatare, 7 Sep Riverside Park, Scotts Bluff Co, and 21 Sep 1997 Oliver Reservoir. Since then the species has been shown to be a regular migrant in the Panhandle, with as many as eight seen in one day (see High Counts).

Comments: In recent years, it has become apparent that certain species that breed in the Pacific Northwest move south in small numbers east of the Rocky Mountains, including western Nebraska. Among these is Cassin’s Vireo; others are Pacific Slope Flycatcher (not yet confirmed in Nebraska), Townsend’s Warbler, and subspecies of Hermit Thrush. 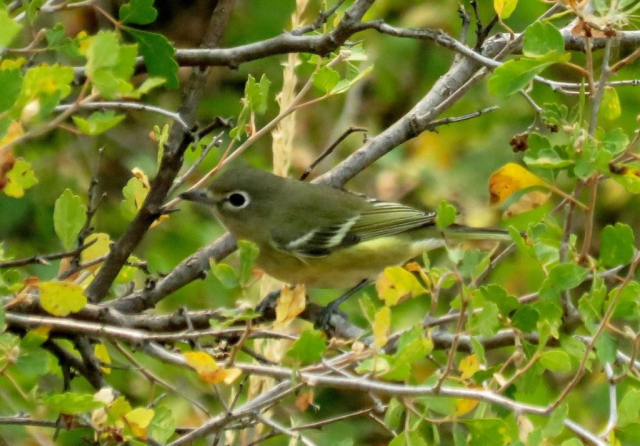