Most arrive beginning in mid-Apr.

Summer: There are eight reports of breeding. The first report was of six nests among those of cormorants and night-herons on Marsh Lakes, Valentine NWR, Cherry Co 22 Jun 1984 (Ducey 1984; Mollhoff 2001). A colony of at least seven active nests was established in a clump of willows on a small island at Offutt Base Lake, Sarpy Co in 1993 (Roger Sharpe, pers. comm.). In extreme northeast Garfield Co in 1994 at least 50 nests, all of which had young by 9 Jul, were monitered by Loren Blake (reported by card to NGPC Heritage Program; Silcock and Rosche 1994). Also in 1994, 31+ birds with three nests and two under construction were in willows at the west end of Lake McConaughy, Keith Co 6-7 Aug 1994 (Dinsmore and Silcock 1995). A third 1994 record was of 115 adults carrying nest material into tall vegetation in the center of Lamb’s Lake, Holt Co (NGPC files). A nest with three small young was found at Smith Lake, Crescent Lake NWR, Garden Co 19 Jun 2007 (Mollhoff 2008), a nest with eggs was found there 21 Jun 2008 (Wayne Mollhoff, pers. comm.) and 30 nests were counted 25 Jun 2009 (Wayne Mollhoff, pers. comm.). In 2019, 6-22 Cattle Egrets were observed in the Rainwater Basin, including good numbers in dense cattails at Harvard WPA, Clay Co on 24 Jul, followed by observation there of some 80 birds including multiple nests with eggs and some 2-3 week-old young on 20 Aug (Jorgensen and Brenner 2019). This is the first breedng record for the Rainwater Basin.

Reports are fewest in Jun and early Jul, but occasionally good numbers are found, such as the 85 in the eastern Rainwater Basin 12 Jun 2008. Reports Jun-Aug are likely a mix of post-breeding dispersers and birds from failed breeding colonies; exceptionally high numbers in Jun-Jul are more likely to result from the latter. Nesting colony sites are prone to flooding, and so the impressive total of 630 reported Jun-Jul 2011 probably included dispersal from failed colonies as well as post-breeding dispersers; the total included 221 in northern Cherry Co 22 Jul, and 100 near North Platte, Lincoln 25 Jun-3 Jul. Lower numbers are likely post-breeding dispersers, such as the 25 in southeast Sarpy Co Jun-Jul 2008, increasing to 36 by 23 Jul, and an Alma, Harlan Co roost in 2001 where numbers increased steadily from 6 on 10 Jun to 230 on 14 Jul.

Reports are most numerous in early Aug, gradually declining through Sep and Oct.

Comments: This species is an immigrant to the New World from Africa, arriving in South America in the late 19th Century. It was first seen in North America in 1941 or 1942, and has expanded its range north and west since that time (Palmer 1962). It was first observed in Nebraska 11 Sep 1965 in Adams Co (Welch 1966), and occurrence became regular in the early 1970s. The first Panhandle record was 26 May 1979 in Garden Co. 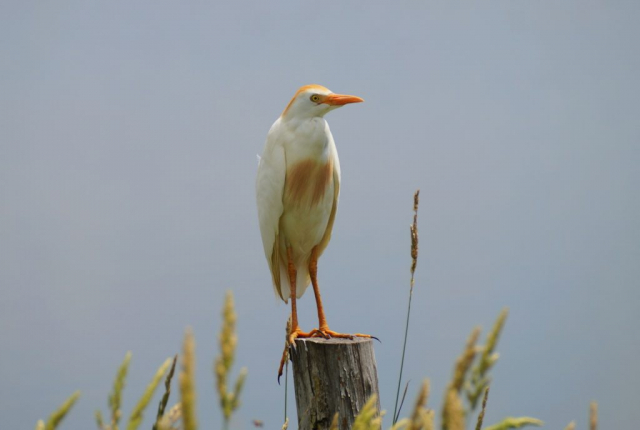 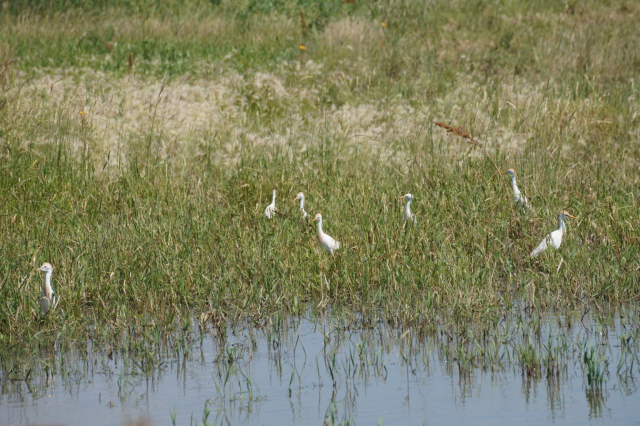 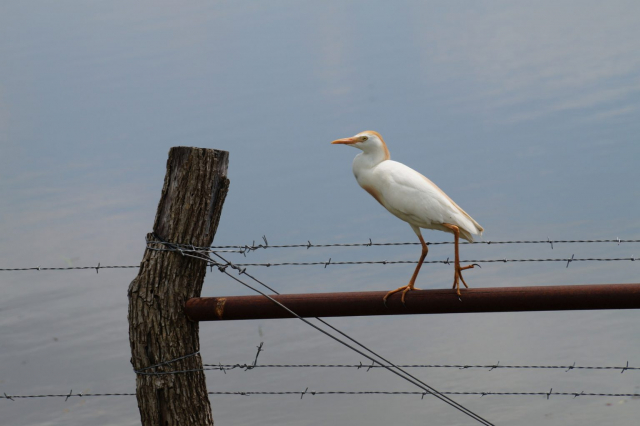