This species tends to be a later migrant than many other warbler species. Migration takes place in May, although there are a few Jun dates.

Summer: There are two published reports of breeding, considered acceptable by Mollhoff (2022). Trostler was said to have collected a set of eggs including a Brown-headed Cowbird egg near Omaha 23 Jun 1894, at which time this species was “frequently seen throughout summer” (Bruner et al 1904). Mollhoff (2022) stated that there is a cowbird egg, specimen #75529 at the Western Foundation of Vertebrate Zoology, Camarillo, California, with accompanying information noting that Chesnut-sided Warbler eggs were collected along with the cowbird egg although none of these eggs are in the collection. There have been no reports of summering birds in eastern Nebraska since that time. The second report of breeding is for 17 Jun 1973 in Scotts Bluff Co, followed by a report of an adult feeding young in Scotts Bluff Co 12 Jul 1975 (Witschy, Kenitz; Bennett 1976, Mollhoff 2022).

A small population established in the South Dakota Black Hills in 1997 and has continued since (Drilling et al 2018); as noted above (see Spring), spring migrant Panhandle records are all since 1973.

Migration is from late Aug through Sep. 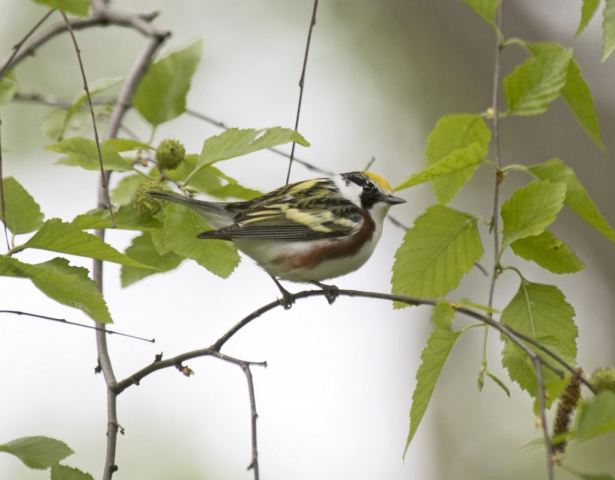 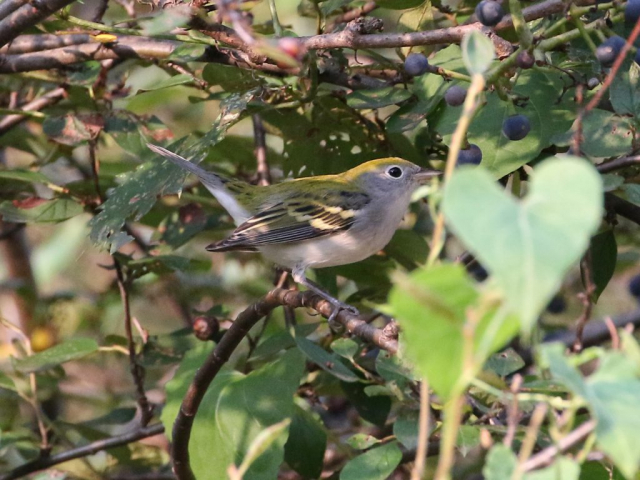