Arrival is in early to mid-Apr. Migration peaks around mid-May, according to High Counts (below).

Summer: The BBS Summer Distribution Map for 2007-2013 (Sauer et al 2017) shows that this species is most numerous in the southwest and southern two-thirds of the Panhandle. Breeding colonies have become more numerous in the east in the past 100 to 150 years as these birds have expanded their range across the Great Plains and into eastern North America “coincident with the widespread construction of highway culverts, bridges, and buildings that provide abundant alternative nesting sites” (Brown et al 2013, Brown et al 2020). Natural cliff sites, the original nesting habitat used by Cliff Swallow in western US mountains (Brown et al 2020), are scarce in Nebraska away from the Panhandle, although an exception is a cliff site at the mouth of the Niobrara River which has been used for at least 150 years (Ducey 1988). In areas where natural (cliffs) or artificial (bridges) nesting sites are unavailable this species is rare or absent. For example, Jorgensen (2012) considered it only a migrant in the Rainwater Basin, citing only one historical nesting record. BBS trend analysis show a notable statewide annual increase of 6.50% (95% C.I.; 1.93, 10,24) 1966-2013.

Peak migration occurs in mid-Aug; most colonies are abandoned by mid-Aug, when large flocks become conspicuous on telephone wires and over cornfields, particularly near wetlands. In the Rainwater Basin, Jorgensen (2012) noted “By late July large flocks are often observed at or near wetlands. Flocks often number well into the thousands through August.” This conclusion is supported by High Counts, below.

Departure is in early Oct.

Comments: Brown and Brown have banded an incredible 231,000 Cliff Swallows in the Keith Co area since 1982; recoveries include southern Brazil, El Salvador, Texas, Colorado, Idaho, Alberta, and Missouri (Brown and Brown 2001). One bird banded while migrating through Venezuela was recaptured in Keith Co (Mary B. Brown, personal communication).

A study by Brown and Brown (2013), based on a large number of measurements over time on Cliff Swallows in Keith Co, Nebraska suggested that wing-length in this population has become shorter over the last 30 years, likely an adaptation that allows the birds to better change direction and avoid being killed by vehicles. 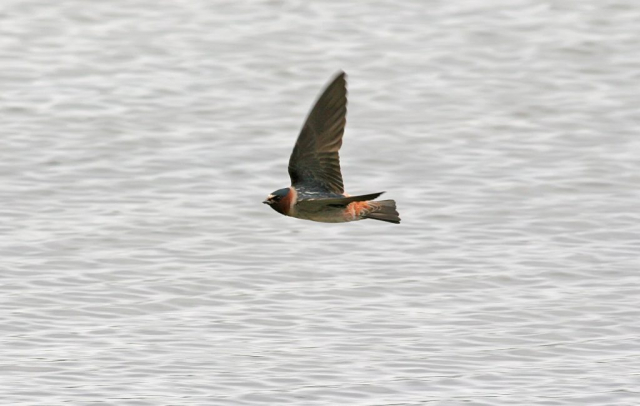 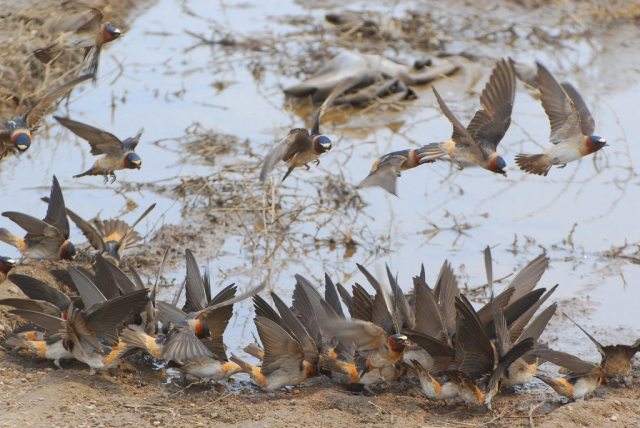 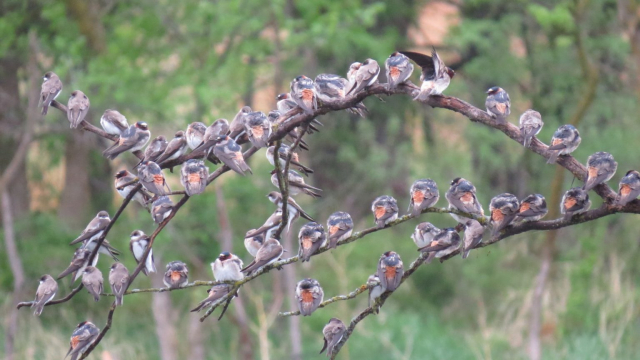 Mary Bomberger Brown reviewed an earlier draft of this species account and provided numerous helpful comments that improved the content and composition.