Most migrants pass through the east, with a peak in Apr and early May. This species has a primary migration route from the north-central United States and adjacent Canada to the Gulf Coast that encompasses Iowa (Evers et al 2020); the higher numbers observed in eastern Nebraska likely represent the western portion of this migration route. Very late for birds in alternate plumage were singles in Sarpy Co 26 May 2014, Pierce Co 31 May 2013, 1 Jun 2014 Cedar Co, and 9 Jun 2018 Sarpy Co. Arrival is later in the west; late dates in the west are generally of immatures which linger and sometimes summer.

Summer: Since the 1990s this species has become regular in summer on western reservoirs, as in the Keith Co area, where “The many summer records are of non-breeding individuals; no nesting is known for the area.” (Brown and Brown 2001). In the east however, it is less than annual in summer. Of about 63 total records Jun-mid-Sep (as of 2021), only about 14 are from the east and east-central; about 30 are from Lake McConaughy.

The fall migration is leisurely as in spring, with most occurrence dates evenly distributed through Oct and Nov.

Winter: Mid-winter (Jan-Feb) records are few, presumably due to a lack of open water. There are six: 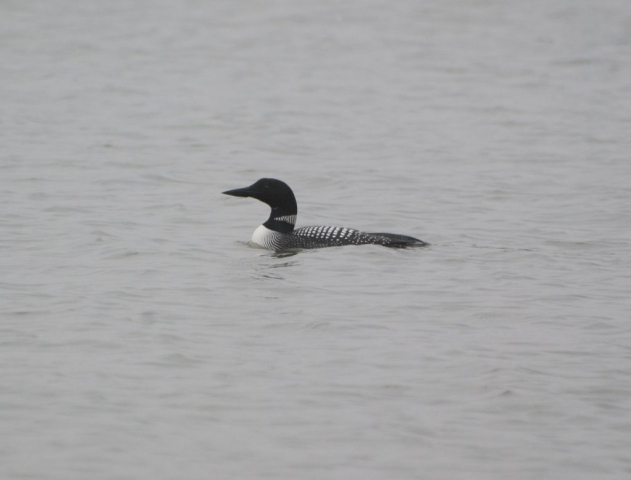