Taxonomy: Nine subspecies are recognized, seven in North America and two farther south (Gill and Donsker 2017). The northern subspecies are minor of central and southern Canada and the eastern USA, hesperis of southwest Canada and the western USA, sennetti of south-central Canada and central and north-central USA, howelli of the west-central USA, henryi of the southwest USA and north-central Mexico, aserriensis of southeast Texas and northeast Mexico, and chapmani of the southeast USA.

The northeastern USA subspecies minor is known to occur westward to central Nebraska (AOU 1957) but may currently occur further westward as an urban dweller nesting on flat, gravelly rooftops. The state’s open grasslands (most of the state except for the east) are occupied by the smaller and paler plains subspecies sennetti (Haecker et al 1945, AOU 1957).

Bruner et al (1904) stated that a “rufous” form occurred only in ponderosa pine parkland in Sioux Co, referring to it as henryi. AOU (1957) and Brigham et al (2020) describe the range of henryi as breeding in mountains of southern Colorado southward; it seems unlikely that the rufous birds in Sioux Co are henryi. Another possibility is howelli; its range is described by Brigham et al (2020) as “Breeds in southern Great Plains from central Colorado and w. Kansas south to ne. New Mexico…”, and AOU (1957) cites a similar distribution; neither would include Nebraska, but this range is closer to Nebraska than that of henryi. Pyle (1997) described henryi as having a “cinnamon appearance”. The western subspecies hesperis has occurred in Hamilton, Kansas (AOU 1957), suggesting that western forms might indeed reach Nebraska.

There are two recent reports of brown Common Nighthawks: one at Ash Hollow SHP, Garden Co 2 Sep 2020 was more brown than gray and had extensively spotted under wing coverts, fitting the description of henryi (Mlodinow, eBird.org), and photographs of an overall evenly brown individual at Crescent Lake NWR, Garden Co 9 Jun 2021 (Mlodinow, eBird.org) were convincing for subspecies henryi or howelli. A photo of the latter bird is attached to this account.

It is possible that habitat changes since about 1950 have significantly altered subspecific distribution. Mays et al (2019) stated “habitat fragmentation due to agricultural expansion resulting in population isolation” had occurred in their study area in South Dakota and Nebraska; Common Nighthawks nest on gravel rooftops in urban areas isolated from other urban areas by surrounding agricultural landscapes that have replaced the original grasslands thus restricting gene flow.

These authors found through genetic analyses that there was indeed a clear lack of mixing of the haplotypes occurring in the four urban areas sampled, although the authors did not discuss possible relevance of their data to subspecies distribution.

An early date in the east and central is 1 May 2020 Douglas Co. In the Panhandle, arrival is in mid-May, although there are undocumented earlier reports 18 Apr 1995 at Crescent Lake NWR, Garden Co, and 3 May 2012 there also.

Arrival is earlier in the east than in the west; this interval has been estimated at about two weeks (Gates 1966), and may be related to different subspecies, with eastern minor perhaps arriving earlier than western and central sennetti. The same two-week difference is seen in Fall (see Fall below).

Concentrations of spring migrants are rarely seen, although 31 in Kimball Co 5 Jun 2005 may have been migrants.

Summer: BBS data indicate that the greatest numbers occur in grasslands of the north and north central, and fewest occur in the east. The latter may be an artifact resulting from the tendency for BBS routes to undercount urban habitats, the preferred habitat for this species in the east, or the tendency for grassland birds to fly and sit on fenceposts during daylight hours.

Large aggregations are often seen in fall, beginning in mid-Aug, although a “nice flock” was over Lincoln 30 Jul, and 35 were counted at Gordon, Sheridan Co, 27 Jul 2022. Departure is generally in Sep, and Oct records are few.

There is no clear difference in departure dates between the west and central, but dates in the east are about two weeks later, reflecting the spring differential. 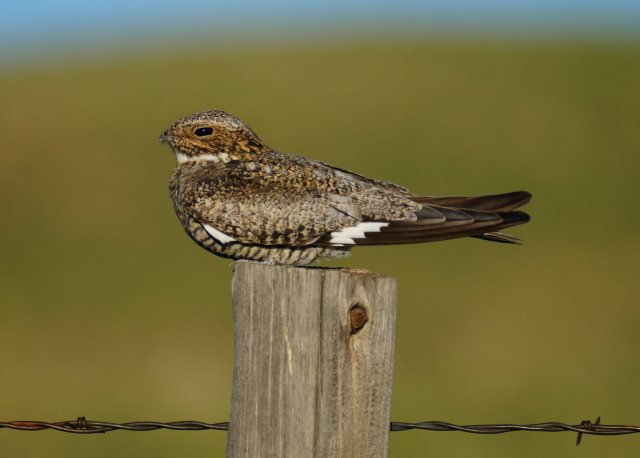 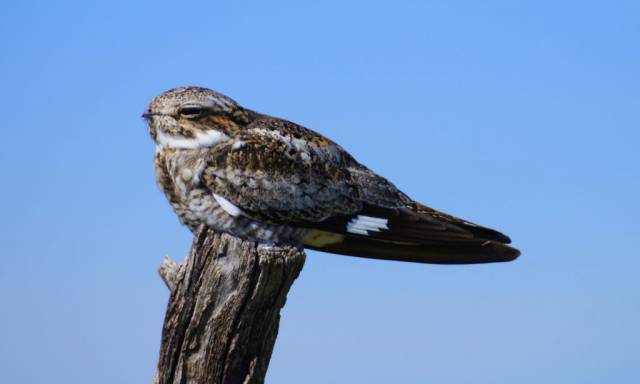 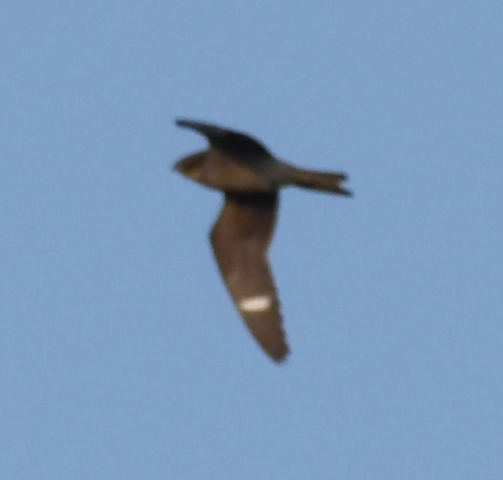