Taxonomy: Taxonomy is complex and various authorities present differing views (Pyle 1997, Chesser et al 2009, Mason and Taylor 2015, Clements et al 2016, Knox and Lowther 2020, Funk et al 2021). Despite a detailed study by Mason and Taylor (2015) that showed much genetic commonality among the several taxa, a common current approach is to divide the redpolls into three species. A recent proposal to AOU to lump the redpolls (AOU 2016), including Common and Hoary Redpolls, has not yet been voted upon (April 2018); there is some evidence of assortative mating between flammea and hornemanni , “tempering the urge to lump” (Gill et al 2021). The three-species approach is exemplified in Gill et al (2021), recognizing Lesser Redpoll, A. cabaret,  of Europe, Hoary Redpoll A. hornemanni, and Common Redpoll A. flammea.

Most recently, however, a genome-based study by Funk et al (2021) concluded that all redpoll forms comprise a single species with minimal genetic variation between them. These authors proposed that a single “supergene”, common to all redpoll forms, controls expression of phenotype characters through “environmental selection”; the integrity and function of the “supergene” is balanced by this environmental selection.

In years when Common Redpolls are present, arrival is in mid-Nov, although an earlier date is 7 Oct 1987 Knox/Antelope Cos, when 20 were seen (Williams 1988, eBird.org).

CBC data show that most Common Redpolls are in northern and western Nebraska in late Dec. In winter 2021-2022, the distribution of redpolls across the state was split, with moderate numbers in the northeast, none in the central, and much higher numbers in the west, especially in Dec, where best counts were an impressive 205 at Wind Springs Ranch, Sioux Co 3 Dec and 135 on Toadstool Road, Sioux Co 18 Dec whereas in the east, the only double-digit count was 11 near Newcastle, Dixon Co 5 Feb. 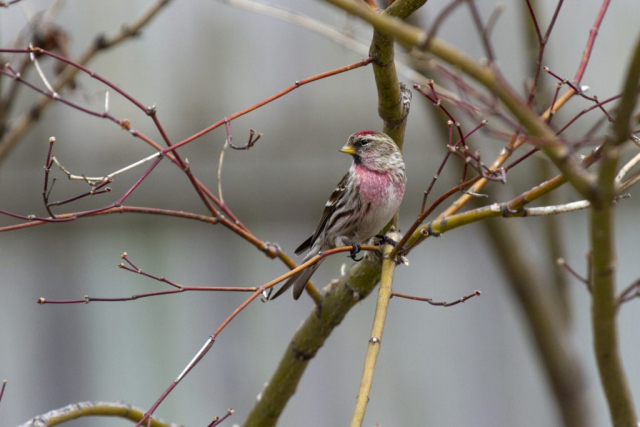 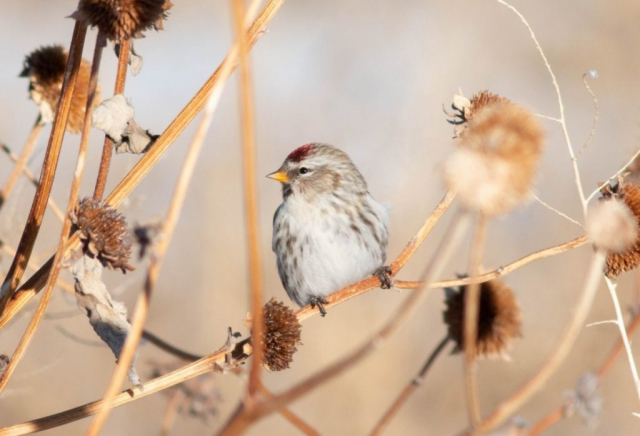 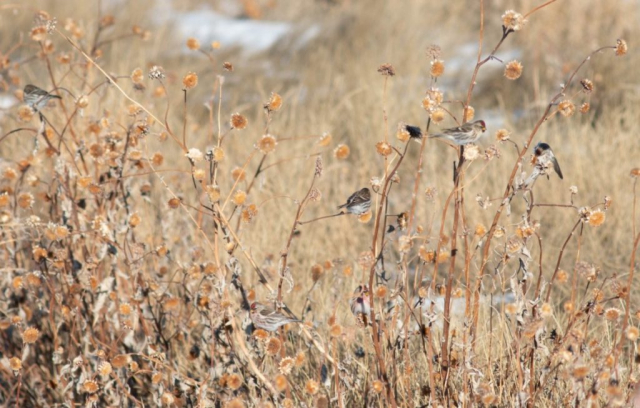