Taxonomy: Four subspecies are currently recognized (Gill and Donsker 2017), two breeding in central to eastern Asia (tibetana and minussensis), one in Siberia and northeast China (longipennis), and the fourth (hirundo) in the Western Hemisphere, Atlantic islands, Europe and west Africa to China.

Migrants pass through mostly in mid- to late May, peaking in mid-May, with a few still moving through in early to mid-Jun (see Comments).

Earlier dates are likely early migrants or possibly failed breeders. Peak migration probably occurs in mid-Sep. The only known fall specimen for the state, cited above, was taken Sep 1892.

Comments: Few reports of Common Tern are well-documented, and the species can be difficult to distinguish in various plumages from the more numerous Forster’s Tern.

Spring migrants in Nebraska may involve birds from two breeding “units” (Arnold et al 2020). The “central unit” breeds in the Great Lakes region and west to eastern Manitoba, migrating essentially northwestward in spring and south to southeastward in fall to and from the Gulf Coast (Arnold et al 2020). The “northwest unit” breeds in Alberta, Saskatchewan, southern and western Manitoba, south to northeastern South Dakota and migrates across the Rocky Mountains to and from the Pacific Coast (Arnold et al 2020). Thus southward on the Great Plains spring records decline rapidly and are much fewer than from Nebraska northward; it is considered a fairly common migrant in South Dakota (Tallman et al 2002). In Oklahoma, Sutton (1967) collected 30 terns with the general appearance of the Common Tern in an effort to obtain a specimen, but all were Forster’s. 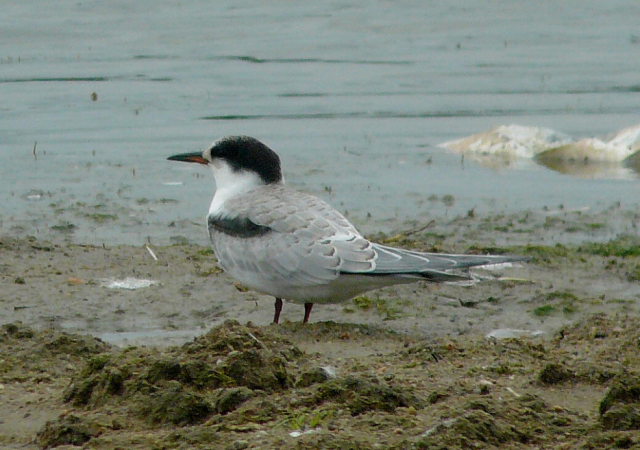