Thus, it appears that three subspecies breed in Nebraska. The race trichas breeds over most of the state, west at least to Cherry and Logan Cos (AOU 1957). The western race occidentalis breeds east to northeastern Colorado, including Windsor, Jackson Reservoir, and Wray (AOU 1957), and probably extreme southwest Nebraska in the Dundy Co area (Dunn and Garrett 1997). The subspecies campicola occupies the Panhandle and northwest Nebraska east to about the Valentine, Cherry Co area (Pyle 1997).

Most breeding birds in the state are probably intergrades, except possibly in the extreme east. Bruner et al (1904) stated that “the more western specimens in Nebraska are so nearly intermediate between [trichas] and [occidentalis] that it is difficult to satisfactorily place them.” Migrants of occidentalis, campicola and trichas probably occur statewide, although occidentalis is less common in the east (Bruner et al 1904). According to Dunn and Garrett (1997), males of campicola and occidentalis possess brighter yellow coloration on the underparts than [trichas], even tending to orange, and females of occidentalis and campicola have the least amount of yellow on the underparts, tending to creamy whitish throughout.

A “bizarre song” reminiscent of a MacGillivray’s Warbler, recorded at Scottsbluff WTP, Scotts Bluff Co 9 Jun (SM), was confirmed as a Common Yellowthroat by Michael O’Brien.

Summer: This species breeds commonly statewide in wet meadows and brushy swamp or marsh edge habitats, particularly those associated with cattail marshes. There is a gradual decline in density of breeding birds westward, as shown by BBS data, probably reflective of available habitat. Rosche (1994) noted that willow and other brushy plants growing in the channel of the North Platte River due to low flows “have greatly benefited this species.”

Migrants are evident by late Jul and departure is completed by early to mid-Oct. 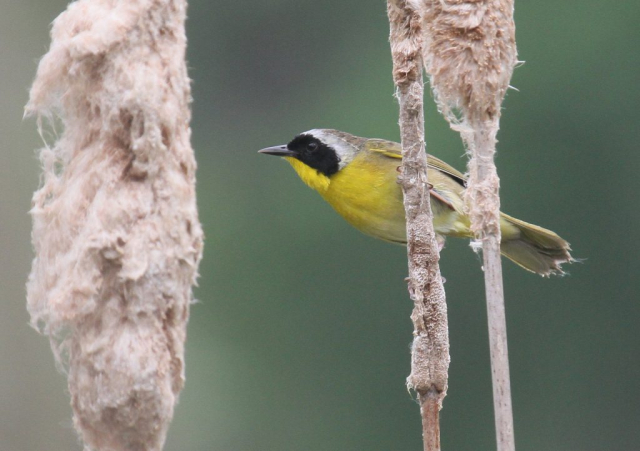 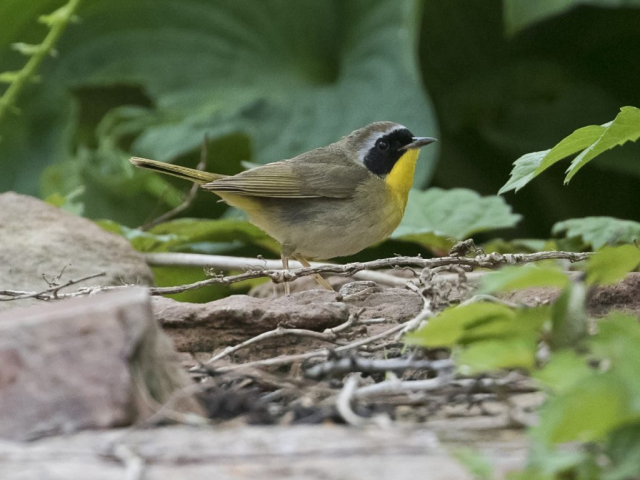 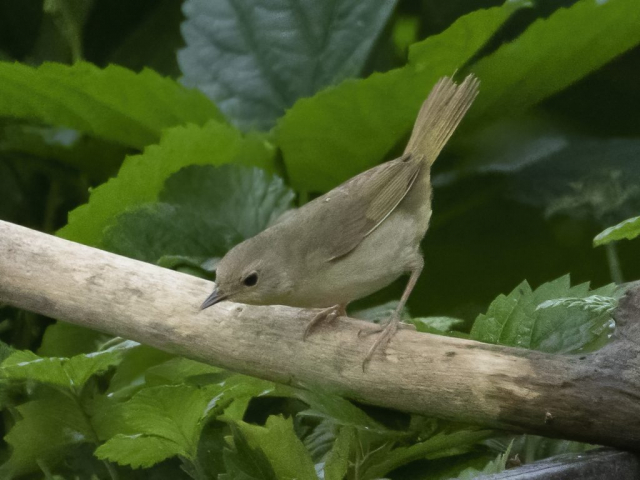 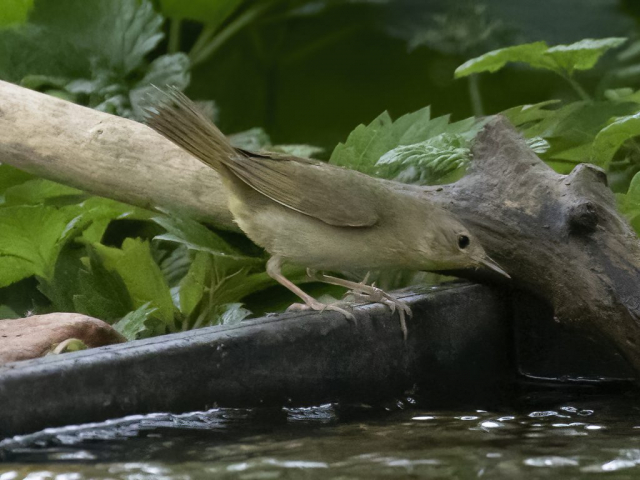 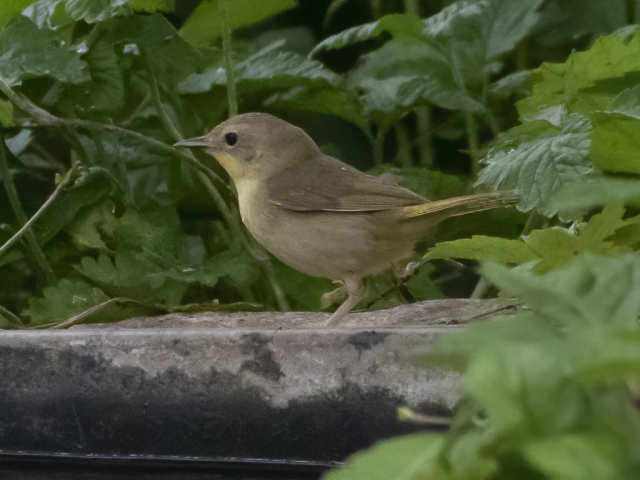 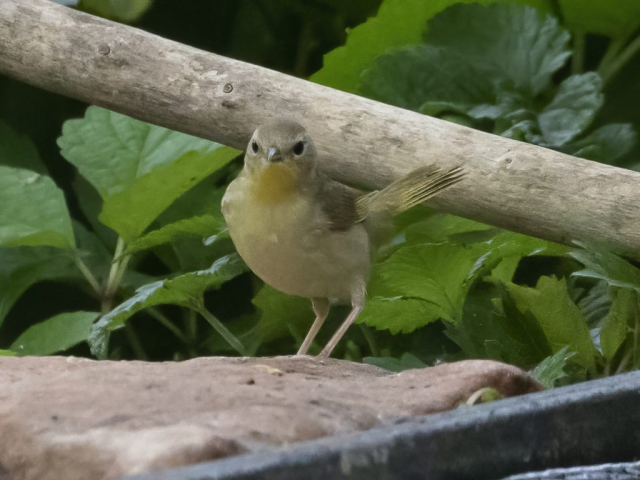 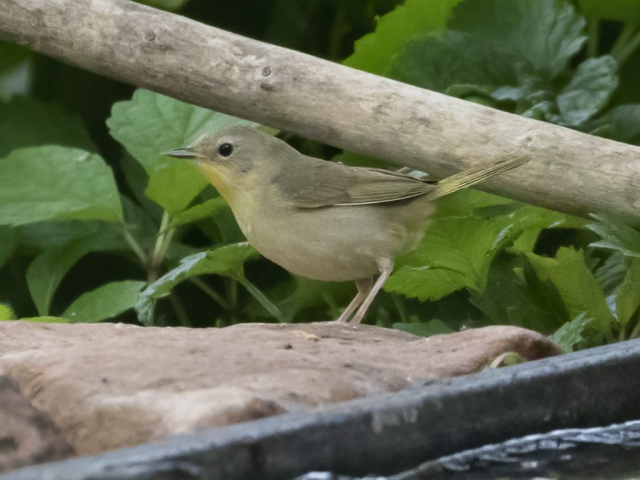