Taxonomy: There are two subspecies recognized, hellmayri from southern British Columbia and southern Alberta south to northeast California and western Texas, and occidentalis of central and southern Mexico (Pyle 1997, Gill and Donsker 2017).

Reports of migrant Cordilleran Flycatchers in spring have been rare, although of about 40 Nebraska reports (spring and fall) away from the breeding range, about 30 are since 2000, probably as observers improve their identification skills for Empidonax flycatchers.

It is also rare on the Colorado plains east of the Rockies, especially when compared to Dusky and Hammond’s Flycatchers (Weske 1976). Andrews et al (2002) list no spring banding records at Barr Lake, Colorado.

Summer: Until recent breeding in the Wildcat Hills, Scotts Bluff Co, Cordilleran Flycatcher was known to occur regularly as a breeder only in Pine Ridge canyons, where it is found in riparian locations with steep cliffs and shaded shrubby vegetation. It probably arrived in Nebraska relatively recently, as it was not listed by Bruner et al (1904); the first record for Nebraska was as recent as 6 Sep 1961 (Brashear 1962, Gates 1962). It has bred in the Black Hills of South Dakota since at least 1948 (Tallman et al 2002).

The observation by Rosche (1982) of a singing male in Sowbelly Canyon, Sioux Co 4 Jul 1973 is the first indication of breeding in Nebraska. The following year, on 17 Jul 1974, Rosche (1982) discovered a nest with four young in Sowbelly Canyon; this was at the same location as the 1973 sighting. Cordilleran Flycatchers have been reported from Sowbelly Canyon most summers since, in the period 28 May-5 Aug. Nearby Monroe Canyon has multiple individuals also; 11 were counted there 20 Jul 2000. Reports 24 Jun 1996 in the Wood Reserve, Sioux Co (Silcock and Jorgensen 1996) and 31 May 1997 in Smiley Canyon, Sioux Co and East Hat Creek Canyon, Dawes Co the same day (Silcock and Jorgensen 1997), were at locations where nesting might have occurred.

Recent years have seen expansion eastward of this species; it probably breeds throughout the Pine Ridge, east to Metcalf WMA, Sheridan Co where nest building was observed 20 Jul 2011 (Mollhoff 2022), the easternmost breeding location to date. Recent reports from Sheridan Co are from Beaver Creek 21 May 2012 and Whiteclay 28 Jun 2015.

An intriguing report by an experienced observer during a survey was of single birds along Beaver Creek in streamside cliff habitat along the north side of the Niobrara River at Fort Niobrara NWR, Cherry Co, 13 Jul, 1 and 3 Aug 2021 (Renee Tressler, pers. comm.). The species was reported during surveys at the same location 1991 and 1992; on 23 Sep 2021 Renee Tressler took photos of various freshly used nests in the cliffs and at least one resembled the typical nest of this species. Wayne Mollhoff (pers. comm.) commented on the nest’s structure: I pulled out pictures I took of 5 or 6 nests (some with the incubating bird ON the nest) and they pretty much look exactly like that! The bases are uniformly greenish-gray lichens, then the tops are made of what looks like the roots of threadleaf sedge (one of the common “short grass’ prairie grasses. The sedges often form the living ‘cap’ along washouts and gully banks. They’re tough and when dry, turn wiry and springy. They are a common ‘grass’ on the hard lands above and north of the river there.

The only nesting records away from the Pine Ridge are in the Wildcat Hills, Scotts Bluff Co; breeding occurred near the Nature Center 24 Jun 2003; nestlings were thought to be present 3 Jul. A single was at the site 10 Jun 2009, and another was calling there 27 Jul 2014. In 2022 singles were at Wildcat Hills WMA, Scotts Bluff Co 1 Jun-1 Jul, and at Carter Canyon, Scotts Bluff Co 13 Jun-10 Jul.

Comments: Although Pacific-Slope Flycatcher may not be expected in Nebraska, Tony Leukering (personal communication) pointed out that, like Cassin’s Vireo, which is more common in fall on the Colorado Plains than Plumbeous Vireo, “it is too likely that Pacific-slope could be regular” also; this led Leukering to state: “I’m not even willing to identify silent migrant “Westerns”.

Cordilleran Flycatcher was reported on rather remote survey transects at Fort Niobrara NWR in 1991 and 1992; quite remarkably, one was seen and heard on the same transect in apparently suitable habitat by an experienced birder 13 Jul 2021. Attempts will be made in 2022 to get recordings and photographs to document what would be an extraordinary vagrant record or even possibly an overlooked summer location. There are five “overshoot” records of this species in South Dakota away from the Black Hills including one banded near Aberdeen (eBird Species Map, accessed Sep 2021). 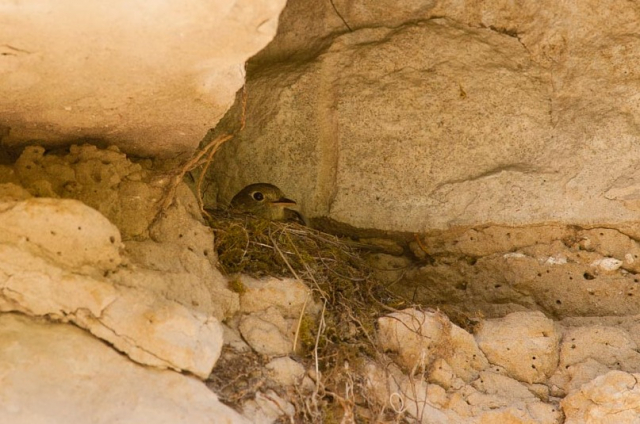 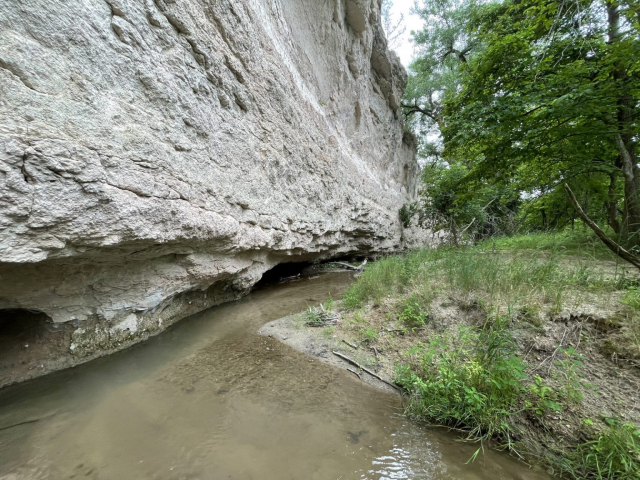