Taxonomy: Three subspecies are recognized, one, californicus, in North and Central America (Pyle 2008).

Changes since 2000: Until 2007, the only breeding locations were in the western Sandhills; in 2007 breeding was confirmed in the Rainwater Basin, where there are now five records.

The main migratory movement occurs mid-Apr through early May. Last dates above are away from the breeding range; such reports are few after mid-May. There are earlier reports 22 Feb 1998 Lake McConaughy, Keith Co, 5 Mar 2016 Lancaster Co, eight on 8 Mar 2006 at Harlan Co Reservoir, Harlan Co, and one at Branched Oak Lake, Lancaster Co 11 Mar 2021.

Summer: The current breeding range is the western Sandhills, with breeding in the Rainwater Basin occurring irregularly since 2007. The eastern extent of regular breeding in the Sandhills appears to be in Cherry Co (Ducey 1988); Blake and Ducey (1991) gave no records for Holt Co, calling it a “possible summer resident” only. Breeding is highly dependent on suitable water conditions (Sharpe and Payne 1966). Mollhoff (2022) cited several records in Douglas and Otoe Cos 1888-1889, but there are none since.

Nesting was confirmed for the Rainwater Basin in 2007; a nest with three eggs was at Funk WPA, Phelps Co 2 Jul 2007 (Mollhoff 2008). This may have been the first record of attempted nesting south and east of the central Sandhills since Brooking found a nest with eggs at Inland, Clay Co 2 Jun 1916, these now #116793 at Peabody Museum, Yale University, CT (Mollhoff 2022). In 2008, two nests were discovered at Kirkpatrick Basin North WMA, York Co on 22 Jun; additional nesting records from the Rainwater Basin include a pair (two of 14 birds present) building a nest at Waco/Spikerush WMAs, York Co 26 May 2007 and one (of 28 present) “exhibiting nesting behavior” at Harvard WPA, Clay Co 28 May 2007. Only the fifth accepted Rainwater Basin nesting record, and first modern successful breeding record there, was at Marsh Hawk WMA, Fillmore Co 3 Jul 2015; there were 11 nests with eggs, but by 9 Aug most nests were abandoned and only one pair with young was seen (Jorgensen 2016). Summer 2019 was an “unprecedented nesting season” for this species in the Rainwater Basin; Eared Grebes were discovered nesting at six sites, four in Clay Co and one each in Fillmore and York Cos, with successful breeding documented at four of these sites, three in Clay Co and one in Fillmore Co (Jorgensen and Brenner 2019).

There are 13 additional breeding season reports from the Sandhills and Rainwater Basin without definitive evidence of breeding activity including five from Lincoln Co since 1972, and from Keith Co, where a report without details of breeding on Keystone Lake in 1977 is best considered hypothetical (Rosche 1994, Brown and Brown 2001), although 1-2 were present through summer 2001 at Lake Ogallala, Keith Co and another was there 19 Jun 2004. A pair was noted on the Oshkosh SL, Garden Co, “a likely breeding location” 17 Jul 1988 (Rosche 1994). One was in Loup Co 11 Jul 2020. 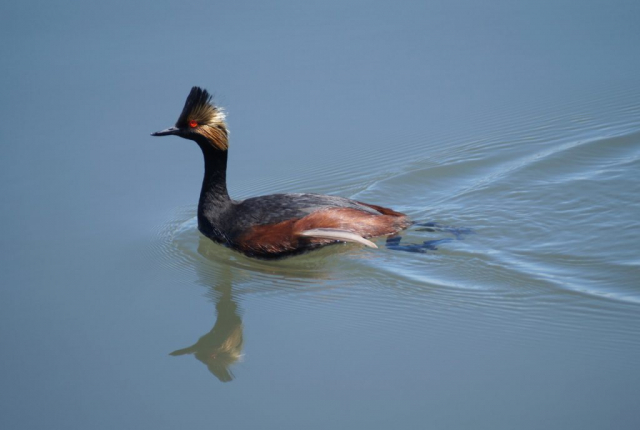 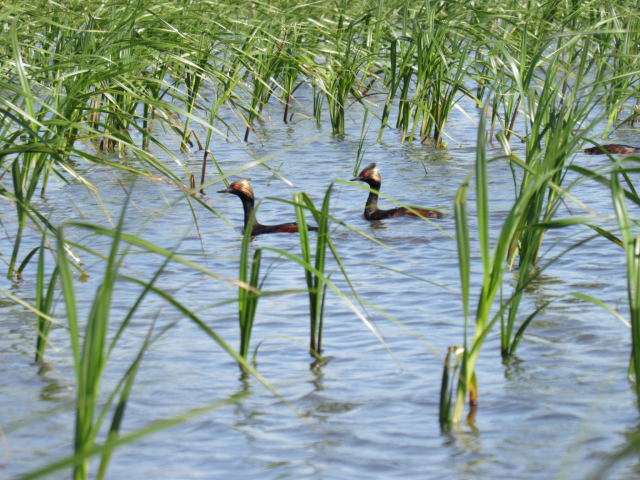 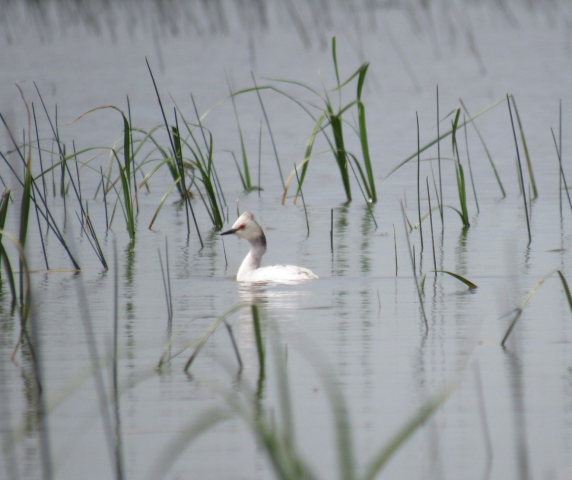