Hybridization between this species and Western Kingbird may have occurred in Keith Co in 1994, when adults of each species were tending a nest together; the nest was destroyed by grackles before the plumages of the young could be determined (Brown et al 1996).

Additional examples of hybridization with Western Kingbird elsewhere are given in Gamble and Bergin (2020).

Peak migration, as indicated by High Counts, is around 10-15 May. Arrival is in mid-Apr, although there are early undocumented reports, some or all of which may have been misidentified Eastern Phoebes. An aggregation of 77 in a four-acre area of a field in southeast Washington Co 26 May 2013 suggests migration extends through most of May.

Mollhoff (2004) noted that nesting was nearly synchronous across the state in 2002, with egg-laying in the east 19 Jun and incubation underway in Morrill and Sheridan Cos 22-23 Jun. 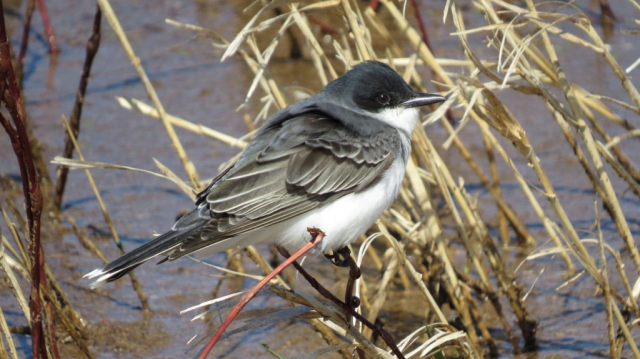 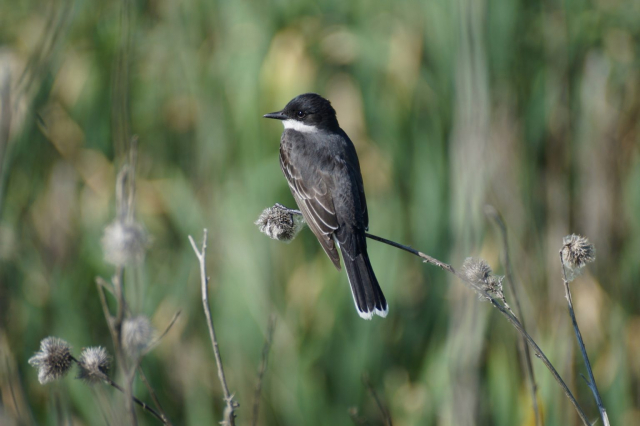 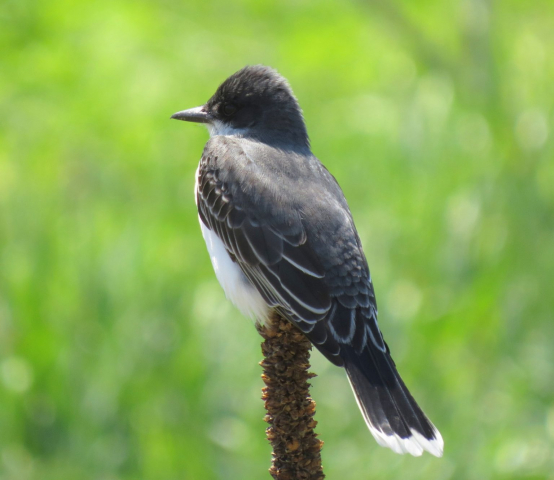