Records: There are three reports (eBird.org, accessed Jan 2022), all of individuals exhibiting a mix of phenotypic characters.

Two of the reported hybrids were photographed; the photo captions include observers’ descriptions. The third (Feb 2019) was described as follows: “Watched for 5-10 minutes. Came in to EAME recording when WEME did not. Expected EAME. Malar nearly all white but small area of intrusion by yellow. Head striping much like WEME. Cheek paler than expected on WEME. Flew straight away. More white on tail than normal for WEME. Landed next to WEME. When both flew, difference in tail easily detected

According to Jaster et al (2020), “hybridization is difficult to determine because of highly similar plumages but apparently rare except at range periphery, where influenced by low numbers of conspecifics, year-to-year instability of populations, and convergent habitat selection”. Rohwer (1972) found few phenotypically intermediate specimens, although the highest levels came from the Platte River drainage in Nebraska when compared with river systems farther south (Rohwer 1972, Jaster et al 2020). It should be noted that “hybrid songs” and individuals singing songs of both forms are not necessarily indicators of hybridization (Jaster et al 2020).

A specimen, UNSM ZM 13013, collected in Dundy Co 14 Jun 1971 is very pale; it was first identified as a Western Meadowlark but later this was changed to Eastern Meadowlark, presumably subspecies magna. This identification was recently confirmed and lilianae eliminated as a possibility by the pattern of white in the rectrices (Steven Mlodinow, pers. comm.; Thomas Labedz, pers. com.). We are not aware of genetic studies that have included Eastern Meadowlarks breeding the Nebraska Sandhills or the few, like this specimen, breeding in drier areas in the Nebraska southwest. Behavioral and ecological isolating mechanisms limit mixed pairings; interestingly, song convergence in areas of sympatry does not occur (Lanyon 1957, Ordal 1976, Jaster et al 2020). 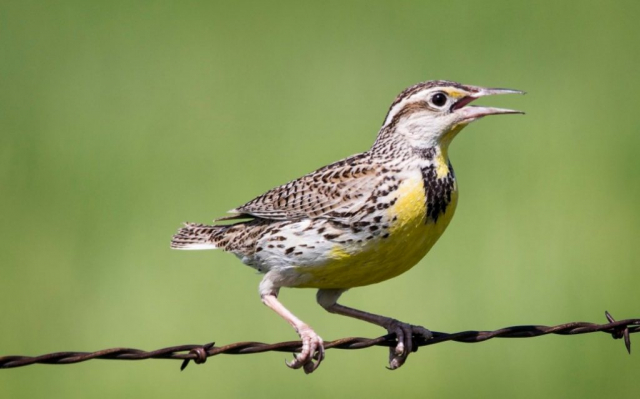 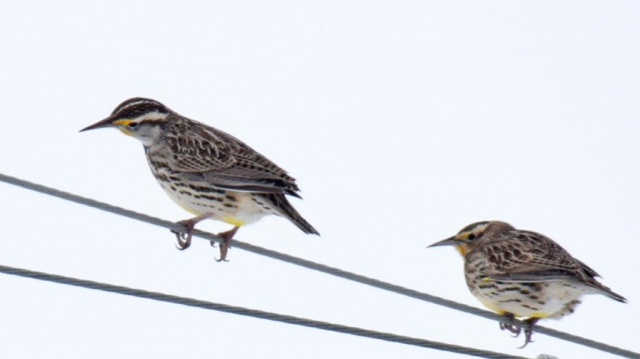 Rohwer, S.A. 1972. A multivariate assessment of interbreeding between the meadowlarks, Sturnella. Systematic Zoology 21: 313-338.