Comments: This species, actually a shelduck, has no history of vagrancy to the Western Hemisphere. It has been reported a few times in Nebraska with no discernible pattern of occurrence; all were presumably escaped or released birds. However we track these occurrences as indicators of incipient feral status.

There has been an established and expanding population in northwest Arkansas since the 1980s (Smith and James 2012). According to Chesbro (2015), “A final recommendation of this study proposes that northwestern Arkansas is a dispersal point for the Egyptian Goose for more suitable habitats in surrounding areas and should be eradicated from the area before the species follows other non-native species and becomes invasive.” A report of one in eastern Missouri that may have been from this population returned for a second winter “probably the same bird” 21 Sep 2016 (Chris Stapleton, post to MOBIRDS). 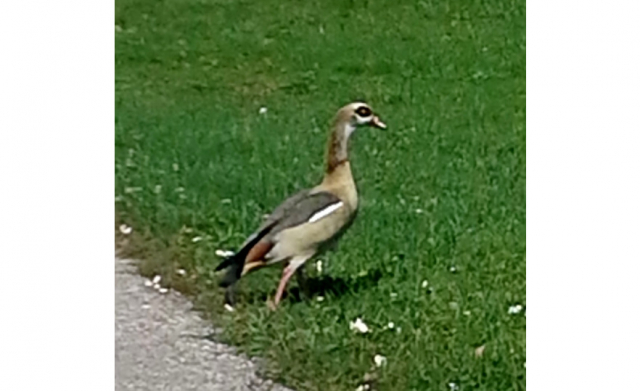