Taxonomy: Nine or ten subspecies are recognized throughout Eurasia (Gill and Donsker 2017, Pyle 1997).

The introduced North American population is derived from some 20 birds released in St. Louis, Missouri in 1870; these birds were thought to be from Baden-Wurttenberg, Germany (Barlow et al 2020) and thus subspecies montanus (Gill et al 2021). As of 2022, the range has expanded north and west, with numerous records in Iowa, and several reports on the Great Plains, for example in South Dakota (Thompson and Tallman 2005), with northwesternmost in Saskatchewan; there are several records east to Indiana and in Minnesota and Wisconsin, with outliers as far east as Nova Scotia, Canada.

This bird had been frequenting a feeder at the Rausch residence in rural Madison Co with House Sparrows since about 24 Jan and was seen by several observers through 15 Feb (Brogie 2007).

Comments: The nearest record of this normally sedentary species prior to the 2007 Nebraska record was from Greene Co in west-central Iowa; it is gradually spreading northwestward from the St. Louis, Missouri area, mostly in Iowa (eBird.org, accessed Feb 2022). If the current pattern of northwestward expansion continues, Nebraska records are anticipated to increase over time. 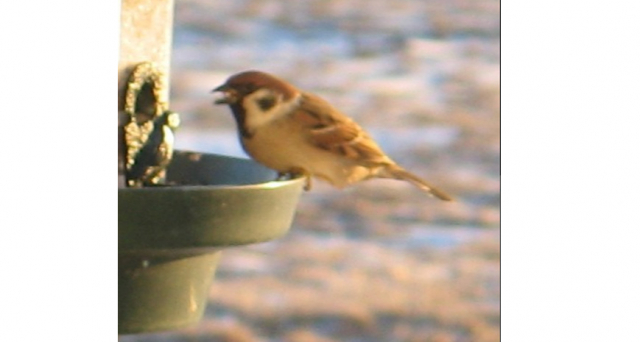