As with Swainson’s Hawk, Ferruginous Hawk has a range of color morphs, including dark, intermediate (rufous), and light, but dark and intermediate birds comprise 5% or less of the breeding population in Colorado (Wheeler 2003). There is some evidence that at certain times and locations the proportion of dark birds in Nebraska may be higher than that indicated by Wheeler; Nebraska Prairie Partners, a partnership between Bird Conservancy of the Rockies and the Nebraska Game and Parks Commission, found a concentration of dark morphs in Morrill Co in summer of 2007 (Bart Bly, pers. comm.), and about 10% of Ferruginous Hawks found in the winters 1978-79 and 1979-80 along the central Platte River Valley were “dark-phase” birds (Lingle 1989). Additional records of dark birds, all during winter, include a specimen, UNSM ZM7687, taken at Stapleton, Logan Co 24 Jan 1935, one in Hayes Co 25 Oct 2014, one on 1 Nov 1987 near Keystone, Keith Co (Rosche 1994), one near Kearney 11 Nov 2001, and one of four found on the Lake McConaughy CBC 19 Dec 2005 was a dark bird.

Late dates above are for the eastern half of Nebraska.

According to Palmer (1988), most migration occurs in Mar-Apr, with immature non-breeders following later, as late as Jun. One was in Fillmore Co 3-6 May 2020 (Jorgensen, Brenner; eBird.org). Rosche (1994) lists this species as a spring transient in the west 10 Mar-18 May. Many Nebraska breeders may be resident or short-distance migrants (Ng et al 2020).

There is only one documented record in the far east: a light morph juvenile was photographed in Lancaster Co 15 Apr 2018.

Summer: The breeding range in Nebraska is limited to the western third of the state, where densities are highest in the western Panhandle north and south of the North Platte River, although nesting has occurred east to Hooker, Lincoln, Hayes and Dundy Cos (Ducey 1988, Johnsgard 1997). There is also a credible report, albeit with limited details, of nesting in 1979 near Axtell, Phelps Co (NGPC, unpublished data).

Surveys by Nebraska Prairie Partners (2008) found 21 and 29 occupied nests in 2007 and 2008, respectively, with at least 69 chicks in the Panhandle in 2007, most of those in Kimball Co and along the Niobrara River. These results, when compared to those surveys conducted in the 1980s suggest Ferruginous Hawk numbers and distribution has remained relatively stable in recent decades.

A female banded in Jan 2004 near Janos, northern Mexico, summered in 2004 in western Nebraska (http://ferruginoushawk.org).

Early dates above are for the eastern half of Nebraska.

Young birds may wander widely as early as 40 days after fledging (Palmer 1988), which would allow for sightings as early as early Aug in areas where breeding was not noted (Ng et al 2020).

One banded in Alberta, Canada, 2 Jul 1936 was shot in Lincoln Co 12 Oct 1937 (Tout 1947), and a juvenile telemetered in 2007 in North Dakota died in southwest Nebraska in late Nov the same year; its device was recovered from an adjacent badger hole (http://www.ferruginoushawk.org/news.html).

Winter: Wintering birds occur over at least the western two thirds of the state, often near prairie dog towns, although most breeders in the northwest depart in fall. Rosche (1982) considered Ferruginous Hawk a “casual winter visitant”. East of the mapped range above, there have been only four reports since 2000: a “dark juv.” was well-described at Branched Oak Lake, Lancaster Co 12 Feb 2016, an adult was photographed in Wheeler Co 28 Dec 2019, and there are undocumented reports 5 Dec 2010 Cedar Co and 16 Dec 2010 Spring Creek Prairie, Lancaster Co. Jorgensen (2012) considered it accidental in winter in the eastern Rainwater Basin, citing two records, 2 Jan 1956 Adams Co, and a specimen, UNSM ZM17439, collected near Hastings 24 Jan 1993. 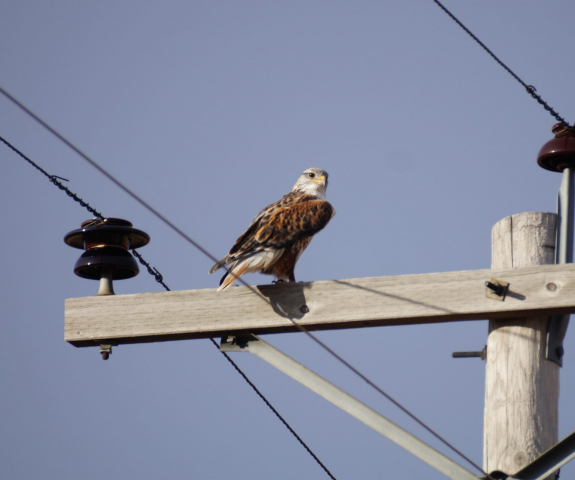 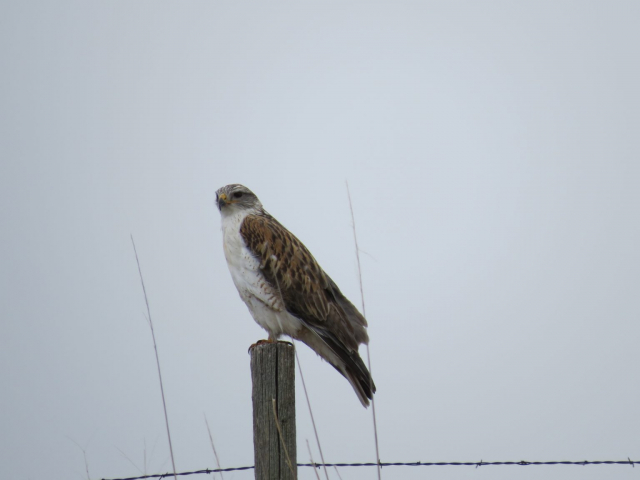 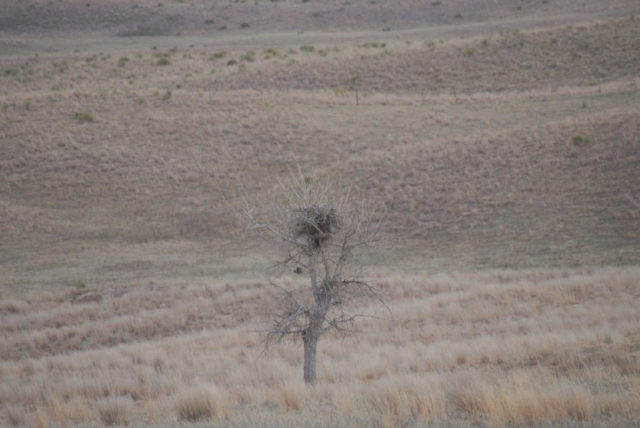 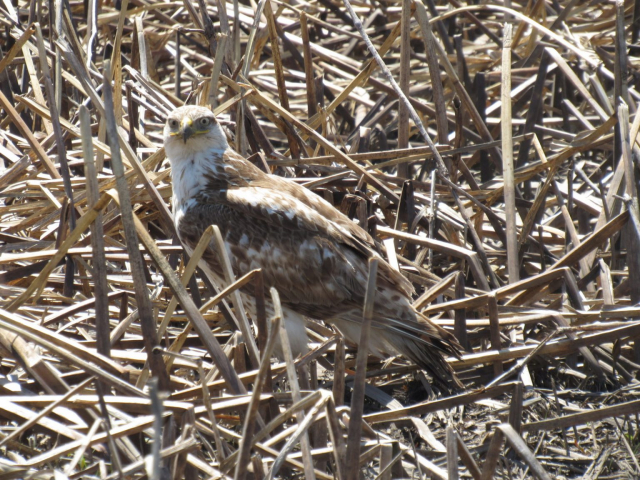