Summer: Johnsgard (1997) noted that breeding is “highly localized” in Cherry and Garden Cos and speculated that the species may also breed in the Sandhills lakes of Sheridan Co. Brown et al (1996) indicated that breeding occurs at Crescent Lake NWR, Garden Co and also at “sandhills marshes in Arthur Co,” but provided no further details. About 60 birds were at a nesting site at Goose Lake, Crescent Lake NWR 13 Jun 1997, and breeding was noted at Square Lake, western Cherry Co 28 Jun 2004. Mollhoff (2016) showed “confirmed” or “probable” breeding throughout most of the Sandhills.

Reports away from breeding locations in mid-summer (latter half of Jun) are numerous, especially in the north and west. About 30% of summer reports are from the south and east, most of single birds, but three were in Lancaster Co 18 Jun 2018 and five were at Harlan Co Reservoir, Harlan Co 20 Jun 2004.

Early dates above are from the south and east; most are immatures, which leave breeding colonies before breeding adults, or immature non-breeders. Juveniles arrived at Lake McConaughy 22 Jul 2001.

Most Forster’s Terns depart by mid- to late Sep, as there are only about 26 reports for Oct. 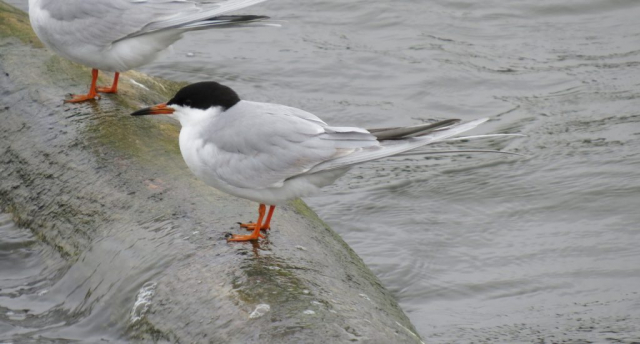 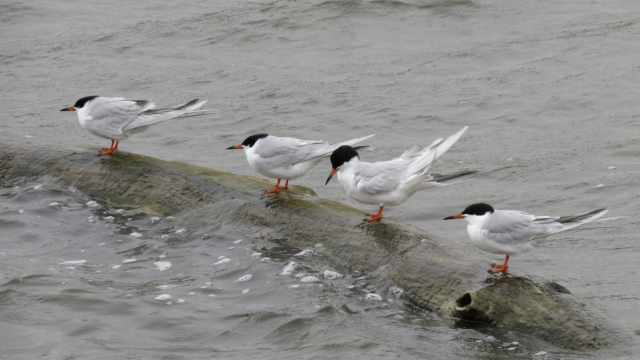