Changes since 2000: Prior to 2000 there were very few late Dec-early Feb records, but since then they have been almost annual; many winter birds are in alternate plumage. This increase since 2000 may reflect a recovery from an estimated 90% decline in the breeding population 1960-2000 (Olsen and Larsson 2004); the decline may, however, be overestimated due to difficulties accessing breeding colonies (Burger and Gochfeld 2020).

Usually arrival is in the latter half of Mar, although a few arrive earlier. Peak numbers occur during the second half of Apr and most have passed through by the end of May.

There are many reports of Franklin’s Gulls during Jun-Jul and flocks during this period are often comprised of a high proportion of immature non-breeding birds. High counts include as many as 730 at Lake McConaughy, Keith Co 20 Jun 2004, and 158 there 15 Jun 2003, about one third of which were in first alternate plumage, the rest alternate adults. Numbers are fewest in early Jul.

Arrival of fall migrants begins by late Jun, building into Aug and achieving peak numbers during late Sep and early Oct. First to appear are probably immature non-breeders and non- or failed breeding adults, as departure from colonies usually begins around mid-Jul and molt from juvenile plumage can begin as early as Jul (Burger and Gochfeld 2020). As many as 650 were at Sutherland Reservoir as early as 15 Jul 2016.

Numbers in Nebraska decline rapidly into Nov, but there are several reports into Dec, including a few reports of alternate adults. Large numbers at Lake McConaughy as early as 6 Aug and at Sutherland and Harlan County Reservoirs, Lincoln and Harlan Cos, suggest use of those reservoirs as staging areas.

Winter: Although this species normally winters in South America, there are 18 reports in the period 13 Dec-18 Feb, only six of these prior to 2000. A single alternate-plumaged bird successfully overwintered at Lake McConaughy 14 Dec-21 Feb 1993-94 (Silcock and Rosche 1994). 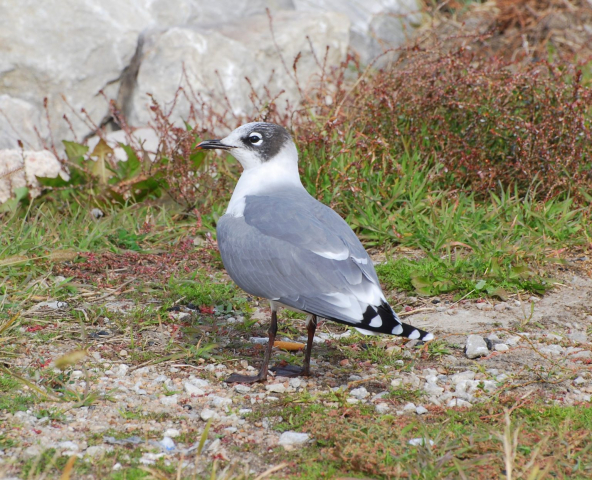 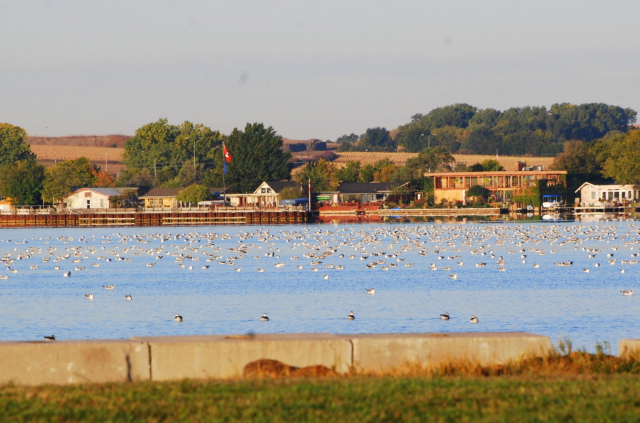 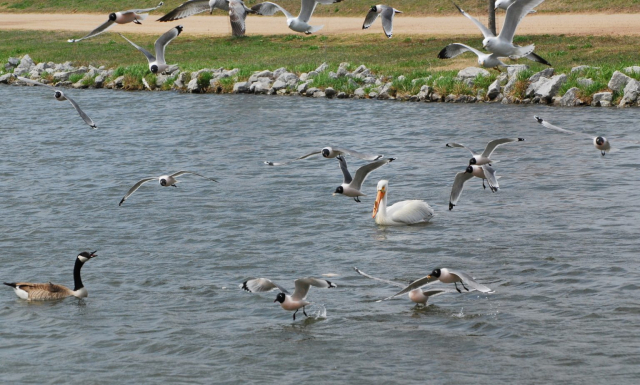 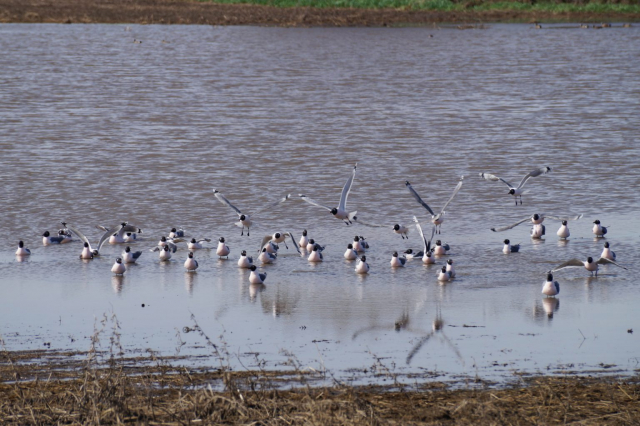