Summer: All summer reports of Glossy Ibis have been from the Rainwater Basin and the Sandhills. Jorgensen and Dinsmore (2005) and Jorgensen and Silcock (2015) reviewed the status of the species in Nebraska and suggested that its apparently limited distribution was probably linked to the distribution of observers; Glossy Ibis likely occurs regularly in other parts of the state as well, along with White-faced Ibises.

Fall: Migration probably is at the same time as White-faced Ibis, with southward movement beginning in Jul and peaking in Aug, although there are few data; individual Glossy Ibises in fall are difficult to identify in the field.

Comments: There are 11 additional reports in the literature, none convincingly documented. At least two are suggestive of this species, but are dated 1946 and 1964, well before the major expansion into the Great Plains began in the 1980s. Bruner et al (1904) listed three specimens attributed to Glossy Ibis, but Swenk (1918) noted that these immature birds could not be identified to species and dropped Glossy Ibis from the state list.

Glossy Ibis arrived in North America from the Old World in the early 1800s, but it was not until the 1940s that rapid range expansion occurred north along the Atlantic Coast and west to Louisiana; in the 1980s, expansion occurred into Texas, where the first record was in 1983, and then northward in the Great Plains (Patten and Lasley 2000). Nebraska’s first state record was of an adult with a flock of 28 White-faced Ibis 24 Apr 1999 (Jorgensen 2012); the first Wyoming record was in 1992 (Faulkner 2010). 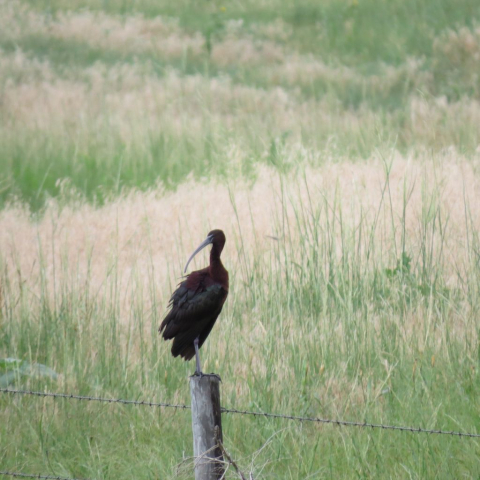 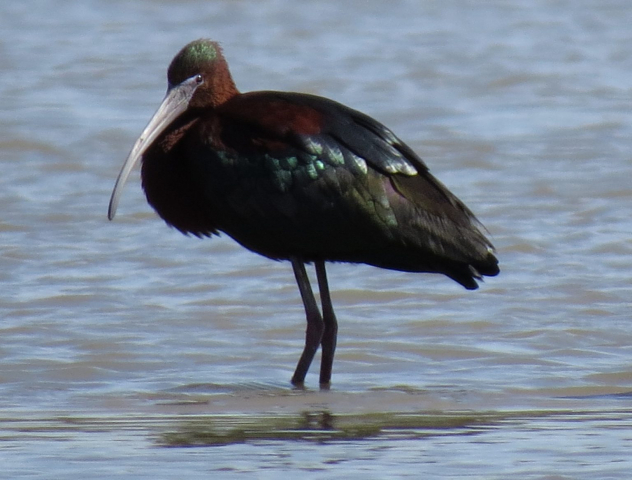 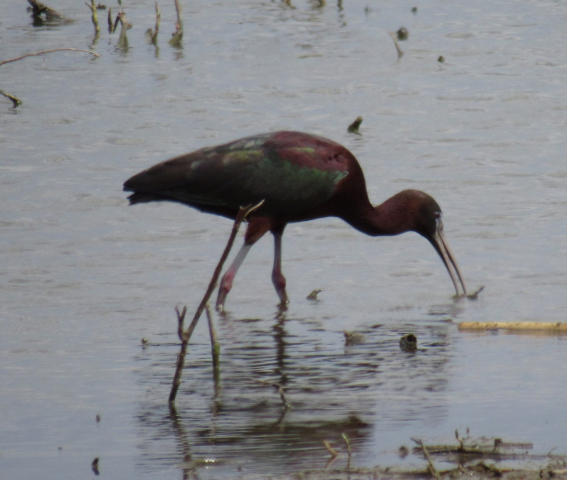 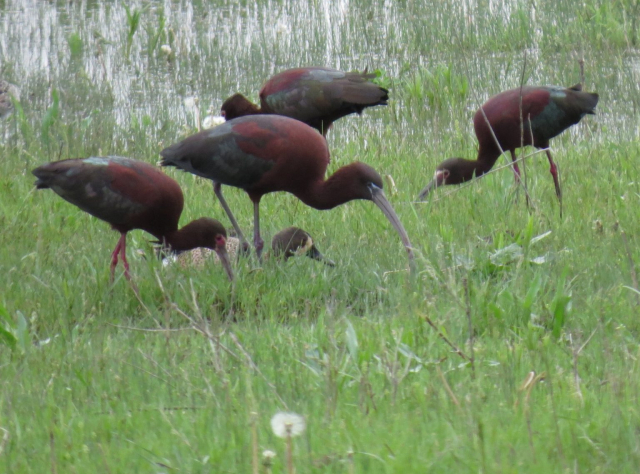 Jorgensen, J.G., and S.J. Dinsmore. 2005. An Assessment of the Status of White-Faced Ibis (Plegadis chihi) in the Great Plains. Natural Resource Ecology and Management Publications. Paper 45.