A surprising 11 hybrids were reported in spring 2020 along with 22 Glossy Ibis.

Comments: Presumed hybrids with White-faced Ibis (P. chihi) occur with some regularity on the Great Plains, complicating identification (Arterburn and Grzybowski 2003). Oswald et al (2019) found weak reproductive isolation between the two species and no selection against hybrids; many individuals that had mixed ancestry were later generation hybrids, suggesting that hybrids were not selected against and were fully capable of breeding and producing offspring.

The number of hybrid ibises reported in Nebraska and elsewhere has lagged behind the increase in reports of Glossy Ibis, suggesting hybridization may only occur infrequently (Jorgensen and Silcock 2015) although Oswald et al (2019) found little evidence for assortative mating. It is likely that hybrids and introgressants may be under-reported as observers tend to study these birds less critically as time passes. 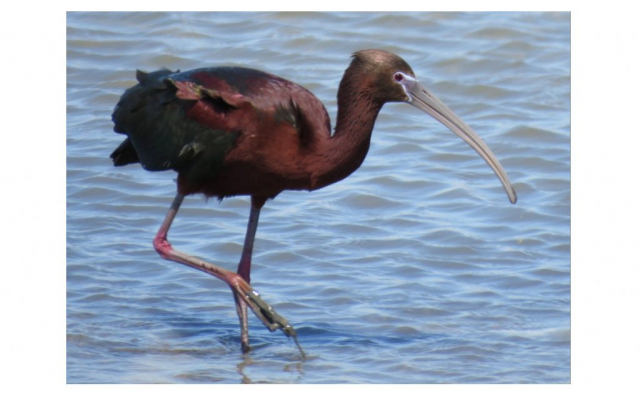 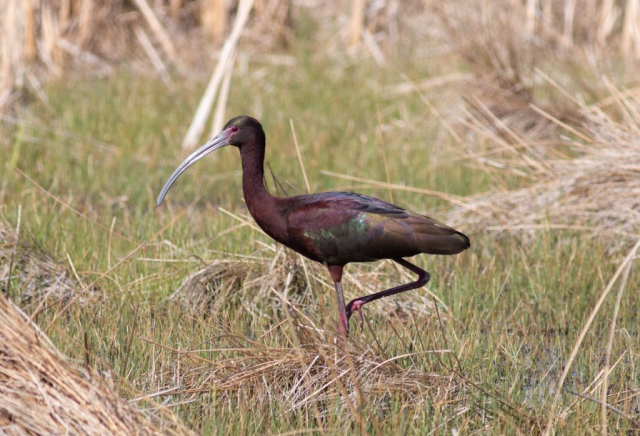