Taxonomy: This species and Blue-winged Warbler V. cyanoptera hybridize frequently and produce fertile hybrids; their genomes are 99.97% identical, with plumage genes accounting for the difference (Toews et al 2016). The genetic basis of this hybridization was described by Confer et al (2020) and appears to be a simple Mendelian system whereby the black transocular line and plain throat of cyanoptera are dominant and the black auricular and throat of chrysoptera are recessive. Thus, Brewster’s Warbler is the F1 hybrid between the two parent species and exhibits the black transocular line and pale throat of cyanea that are inherited together, and Lawrence’s Warbler the (F2 or later) backcross form that exhibits the Mendelian recessive gene combination of the black auricular and throat of chrysoptera. Brewster’s Warbler is more common than Lawrence’s Warbler, as predicted by Mendelian inheritance.

Records: There are five Nebraska records. three in spring and two in fall, of Brewster’s Warbler, and none of the recessive form Lawrence’s Warbler. Among the five Brewster’s records, one appears to be an F2 introgressant, likely an F1 hybrid backcrossed with a Blue-winged Warbler, in Sarpy Co 21 May 2020 (Phil Swanson, pers. comm., photo).

Hover mouse over photos below for captions. 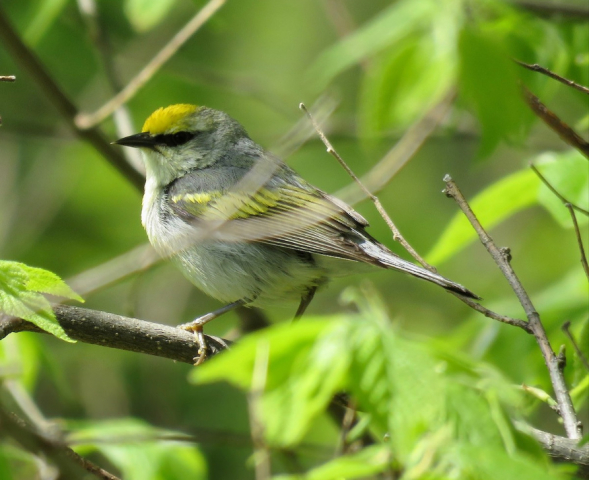 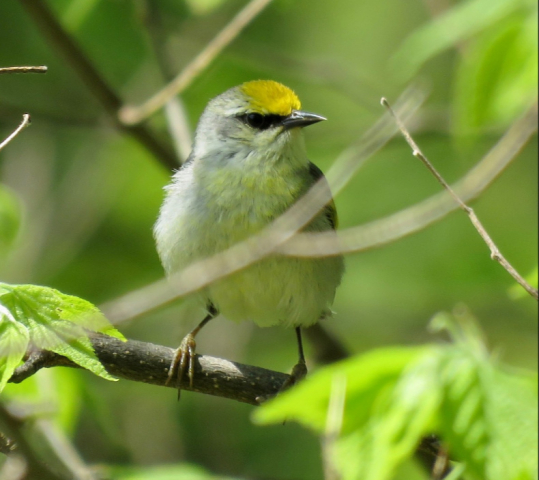 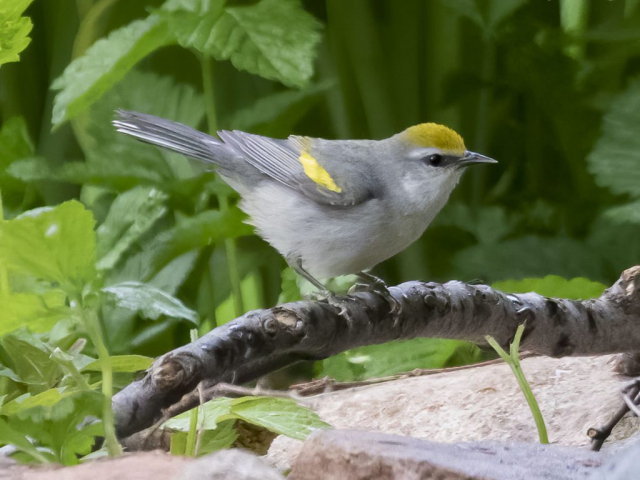 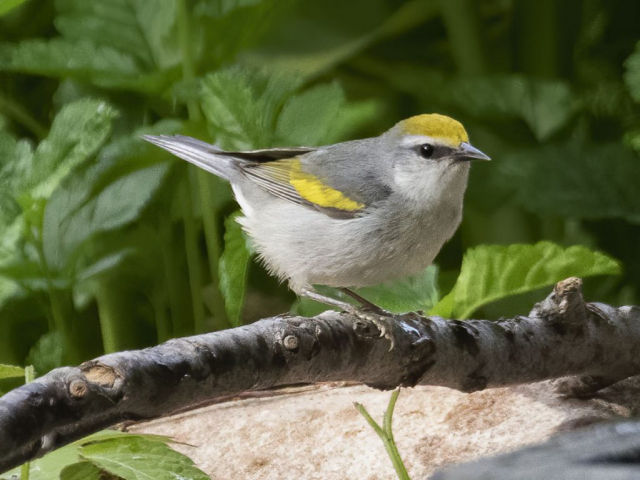