Taxonomy: Currently four subspecies are recognized (Gill and Donsker 2017), one each in Eurasia, Australasia, Africa, and the Western Hemisphere (A. a. egretta). Pratt (2011) has proposed elevating A. a. egretta to species status.

Nebraska birds are A. a. egretta.

In the east, arrival is in the first third of Apr. It has been suggested (Silcock 1996) that some spring birds, especially flocks, may be post-breeding dispersers from the Gulf Coast, where nesting occurs in Jan-Feb. Most reports are in the east and central, with only about 38 from the Panhandle, these in the period 8 Apr-31 May.

Summer: The only nesting records are from Sarpy Co, one in the 1950s and the other in 2008. The older record is of “a pair or more” observed in the late 1950s nesting in a large colony of Great Blue Herons which once existed on Gifford Peninsula (Cortelyou 1960). In 2008, seven adults were present at a large Great Blue Heron colony along the Platte River in Cass Co, near LaPlatte; two were carrying sticks to the colony area 18 Jun (Silcock 2008) and 2-3 pairs were on nests there 12 Jul (Mollhoff 2022).

Occasional nesting has been observed in Kansas where new sites found in recent years have been associated with Great Blue Herons (Thompson et al 2011), as is the case in Colorado (Wickersham 2016). Several pairs have nested in association with Great Blue Herons in Monona Co, Iowa (Steve Duecker, pers. comm.), which borders Thurston and Burt Cos, Nebraska. Nesting may occur in Nebraska with a frequency greater than the record reflects. Careful observation of heronries, particularly in the Missouri River floodplain, may yield additional nesting records.

About 90% of the summer non-breeding reports are from the eastern quarter of the state. Reports are fewest in Jun, although non-breeders from elsewhere may arrive as early as late Jun, as indicated by nine in breeding plumage in the eastern Rainwater Basin 22 Jun 2008. One was near Whitney, Dawes Co 21 Jun 2020. There are numerous late Jul and Aug records suggesting a regular influx of post-breeding or non-breeding transients. At this time, Great Egrets may become rather common, at least west to central Nebraska, although numbers vary year-by-year. Jorgensen (2012) noted that the first records for the eastern Rainwater Basin were in the 1930s.

Numbers build up in Jul and peak in late Aug, gradually declining thereafter into Oct. The few Panhandle reports are in the period mid-Jul through Oct. 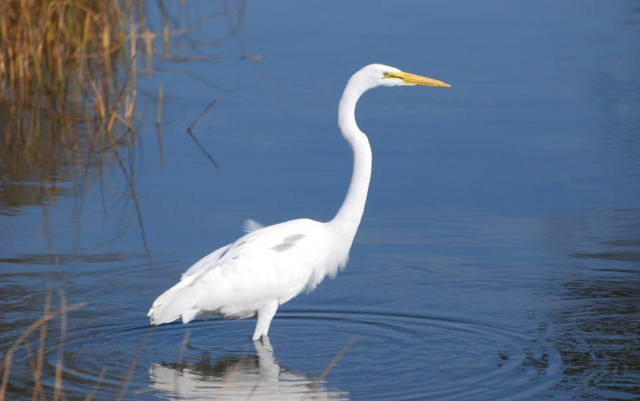 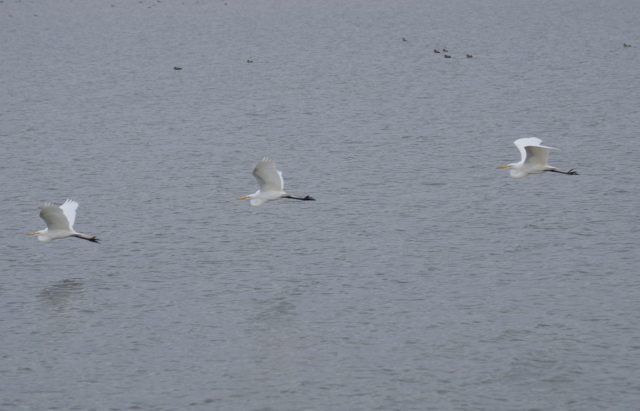