The measurements of the specimen cited above (Tom Labedz, pers. comm.) are somewhat intermediate between monsoni and prosopidicola; the tail is long for prosopidicola. Faanes and Norling (1981) collected an adult male in Buffalo Co 13 Jun 1979; they concluded the specimen was referable to monsoni by measurements, although, as with the Saunders Co specimen cited above, the measurements could also be considered intermediate. This specimen appears to be lost (Bray et al 1986).

All specimens taken to date in northwest Missouri, where the first nesting was recorded in 1979, have been of the eastern race prosopidicola (Robbins and Easterla 1992). Subspecies of Great-tailed Grackle merge clinally at range boundaries and it might be concluded that the Nebraska specimens are intergrades of prosopidicola and monsoni. All three subspecies are expanding their ranges northward at an “explosive” rate (Jaramillo and Burke 1999).

Changes since 2000: Although this species first nested in Nebraska as recently as 1976, it has continued to expand its range. Since 2000 it has bred almost throughout, including the western Sandhills, western Loup River drainage, and the Panhandle, and is now a regular wintering species in the Platte River Valley.

An earlier date north and west is 5 Mar 2021 Rock Co. Earlier dates than 5 Mar are included in Winter, below.

Northward movement is detectable by mid-Mar from the Platte River Valley winter range.

Summer: This species was first recorded in Nebraska in 1976 in Phelps Co, when several birds were seen in spring and summer around the headquarters of the Sacramento-Wilcox WMA; nesting was suspected but not confirmed (Longfellow 1979). There are extensive pine (Pinus spp.) and juniper (Juniperus spp.) plantings in this area. The first nesting record was at Boys Town, Douglas Co, a nest with eggs 17 May 1977 (B. J. Rose; Cortelyou 1977a, Mollhoff 2022).

Breeding in Nebraska is usually associated with wetlands, especially cattail (Typha spp.) marshes, and it has been suggested that “wet habitat types may be important for pioneering birds” (Faanes and Norling 1981). However, the first Nebraska nestings were in dense spruces in a park-like setting (Cortelyou 1977a, 1977b, 1978), a habitat which is most often utilized within the species’ core range (Pruitt and McGowan 1975).  It also nests regularly in high traffic urban areas such as at various locations along Cornhusker Highway in Lincoln, Lancaster Co and in small ornamental trees adjacent to restaurants and convenience stores at the York, York Co Interstate 80 interchange.  An unusual observation from 2019 involved Great-tailed Grackles apparently using corn stalks from the previous growing season in standing water as nesting sites west of Hansen WPA, Clay County in May and June (Jorgensen and Brenner 2019).

The second and third records involved confirmed nesting.  At the Hastings Ammunition Depot in Adams Co several pairs were seen in spruces near the Officers’ Club from 11 May 1977 into summer (Williams 1977, Cortelyou 1977a, 1977b). About 10-15 pairs were later counted, with at least six young present. It was believed by the observers that birds may have been at this site for two or three years; an impressive tally of 100+ birds were there 21 May 1978 (Cortelyou 1978). At the same time a small colony with two nests was found 14 May 1977 in a clump of willows in a small lake at Boys Town, Douglas Co (Williams 1977, Cortelyou 1977a, 1977b); at least four males and two females were present through early Jul.

Since 1977, nesting has been regularly reported in southeast Nebraska, with most reports from the Rainwater Basin.  Mollhoff (2001) showed breeding season reports only in the southeast during 1984-1989, north to Lancaster and Howard Cos and west to Phelps Co, but by 2006-2011, scattered reports extended over most of the state (Mollhoff 2016). Range expansion has followed major river valleys westward along the Platte and North Platte River Valleys and the Loup River drainage into the western Sandhills.  Confirmed breeding was recorded in the 2006-2011 BBA period in Dawes, Box Butte, Sheridan, Garden, and Grant Cos, as well as Deuel, Lincoln, and Dawson Cos, all northwest of the 1984-1989 range. As of 2016, fewest reports are from the northeast.

There is a southward movement detectable from the north during Jul-Aug, by Sep most birds are in the south half of the state, and all are essentially within the Platte River Valley winter range by Oct.

It is clear that as of 2017 this species has established a winter range along and near the Platte River Valley west to Keith Co (eBird.org, accessed Mar 2021), with indications that the range is extending westward to Scotts Bluff C0; 65 were in Dalton, Cheyenne Co 10 Jan 2021, and 1-2 were at Cochran Lake, Scotts Bluff Co 3-7 Mar 2022.  Away from and south of the Platte River Valley itself there are few mid-winter reports. 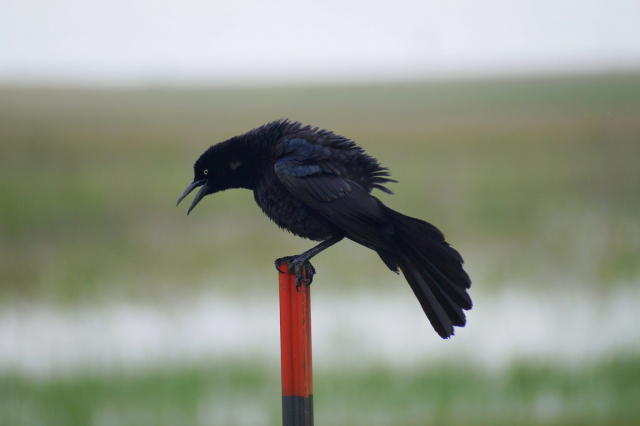 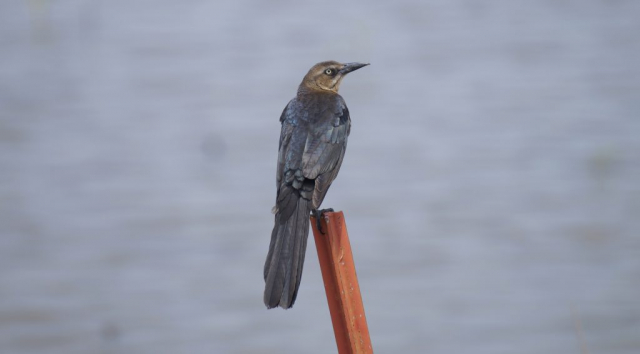 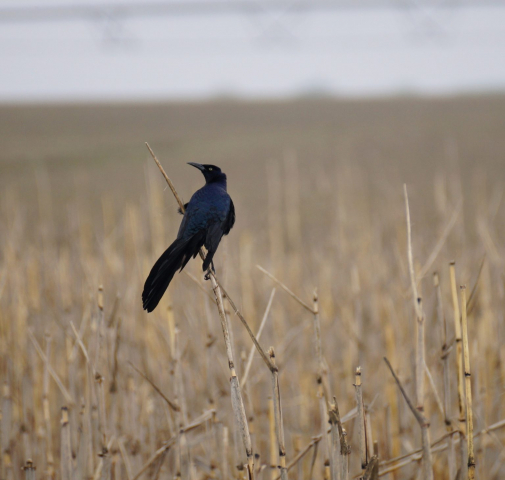