An early migrant, this species arrives in mid Mar and peak numbers occur during early Apr. A few are observed in May, but records in Jun of fewer than three birds are possibly immature non-breeders not completing migration. These are discussed in Summer, below.

Greater Yellowlegs is one of a handful of shorebird species expected throughout Oct and into early Nov. Later Dec and Jan records are cited under Winter.

Adults (including failed breeders) begin their return migration as early as late Jun, peaking in late Jul-mid Aug. As migration progresses into Aug, juveniles begin to outnumber adults and by mid-late Aug most birds seen are juveniles. Peak numbers of juveniles occur in the first half of Sep.

Comments: There is no evidence this species ever bred in Nebraska despite some early reports (Mollhoff 2022). 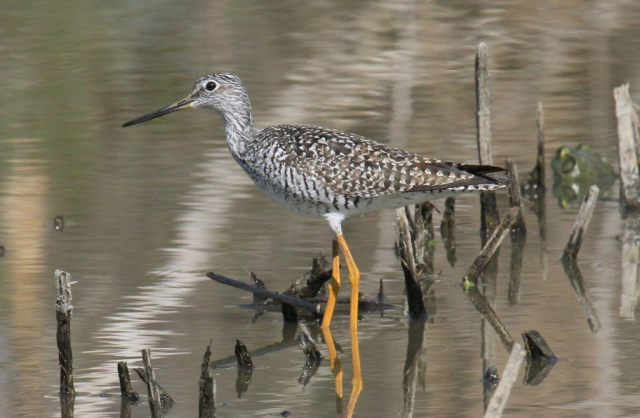