These Panhandle records tend to be later than those in the east, suggesting that it is a spring overshoot in the Panhandle; Rosche (1982) listed it as casual in spring in the northwest.

Summer: Green Heron breeds over much of the eastern and southern half on the state. This distribution probably has not changed much since Bruner et al (1904) considered the species a “very common summer resident in eastern Nebraska” but not reported further west. The westernmost nesting records cited by Ducey (1988) are for Cherry Co and Lincoln Co; Ducey stated that the present “nesting range is larger than the records indicate”.

West of the depicted breeding range, Tout (1947) reported a nest at Crescent Lake NWR, Garden Co in summer 1937; more recently, a single bird was there 14 Jul 2017. Northwesterly reports are of one at Swan Lake, Cherry Co 10 Aug 2012, one at NNF Bessey, Thomas Co 20 Jun 2017, two at Arcadia Diversion Dam WMA, Custer Co 29 Jul 2014, and two in Loup Co 13 Jun 2015. Rosche (1994) suggested that nesting probably occurs in the Keith Co area, but there was no definite evidence. Recent reports suggest breeding occurs regularly in Lincoln Co: 1-2 summered in 2004, one was carrying food near North Platte 8-9 Jul 2006, and seven (one per mile) were counted along the Platte River 23 Jun 2008. Further west in the North Platte River Valley, singles were east of McGrew, Scotts Bluff Co 15 Jun 2001 and at Bridgeport, Morrill Co 11 Jun 2006, 20 Aug 2012, and 21 Jun 2016. Determining the limits of the breeding range is complicated by failed breeders or non-breeding birds that wander, especially westward along stream corridors, away from breeding sites.

Most depart by mid-Oct. 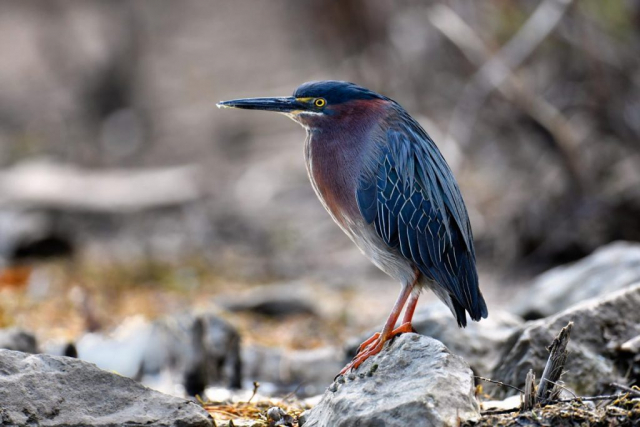