Nebraska breeding birds are presumed villosus; earlier authors suggested that monticola may be resident in northwest Nebraska as it is in the Black Hills of South Dakota (Bruner et al 1904, AOU 1957), but it is more likely that it occurs only as a winter visitor; it occurs at Barr Lake, Colorado, late Aug-early May, where local breeding birds are villosus (Andrews et al 2002).

Possible occurrence of septentrionalis in winter in Nebraska is discussed under Winter.

Hybridization with Downy Woodpecker is discussed at Hybrids – Birds of Nebraska – Online (outdoornebraska.gov).

Resident: The preferred habitat for this species is mature forest, and so in summer it is most numerous in the east but is distributed evenly over the rest of the state in lesser numbers. BBS data (1967-77) indicate that this species is far more common in the east than elsewhere. In winter and during migration periods it occurs statewide in virtually all arboreal habitats; at this season it is often found in cities and towns.

Winter: Although this species is usually considered to be resident, there is “evidence to indicate a general southward movement in fall; the individuals seen in winter are probably not the same as those seen in summer” (Bent 1939). Jackson et al (2020) state that there is no evidence that true migration occurs but cite several examples of influxes of northern subspecies including septentrionalus. Altitudinal movement of the Rocky Mountain (and Black Hills) birds, monticola, occurs in fall and spring, with these birds appearing on the Colorado plains in winter (Andrews and Righter 1992, Andrews et al 2002) and presumably also in western Nebraska. Interestingly, CBC data indicate even distribution across the state, in contrast to the summer concentration in the east indicated by BBS data, suggesting an influx into western Nebraska in at least early winter. Rosche (1982) stated that Hairy Woodpecker is more numerous in winter in the northwest, but that no winter influx was noted further east in the Keith Co area (Rosche 1994). 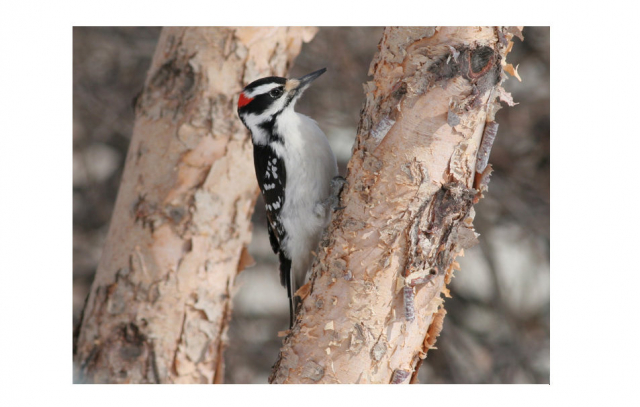 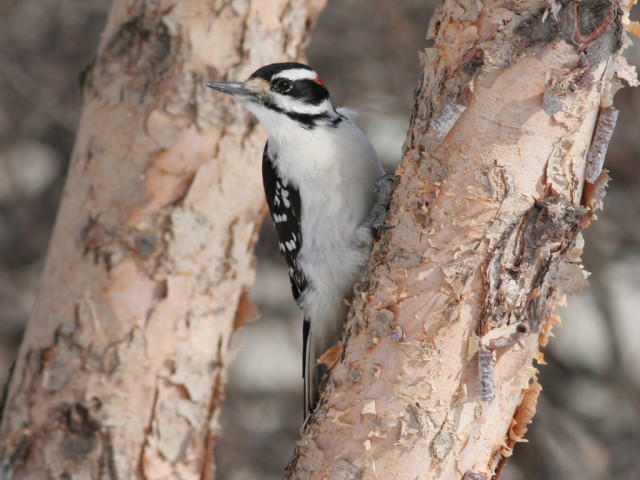